I went to a conference session that sounded fascinating from the title. The presenter, however, decided to talk about something else. It wasn’t particularly interesting. Having talked to experts, I am not sure it has validity. But I wrote about it anyway because I was blogging the conference. 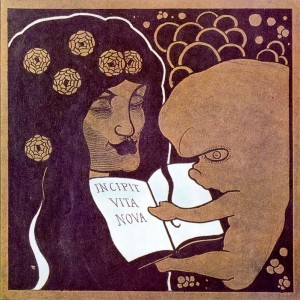 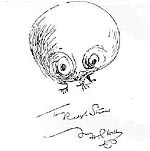 See how Aubrey Beardsleyâ€™s is clearly a baby and is not significantly different from Wellsâ€™ hand drawing for The War of the Worlds. The resemblance is even more striking if the Crea drawing for the work is examined. (Apparently no net copies exist of the drawing at this time.)

I wonder if the reason/explanation behind folksâ€™ inability to see babies before birth as human is connected to the visual presentations of Martians with Wells. Have we had fetus as invader imprinted on our psyches from a science fiction author’s appropriation of the image of a baby before birth to illustrate the evil invading aliens? Was that his purpose?

Is that what you see when you look at the two pictures together?

I think this may be one of the most influential examples of verbal rhetoric ever in the history of mankind. I wonder if Wells intended just this end.

One thought on “Conference Session”