This is my second proposal topic for the lecture/presentation I am to give at a local creative writer’s conference in two weeks. (Note: This is actually the “assigned” topic. But I thought I’d go with something that might help me get my stuff done this summer.)

Two, Four, Six, Eight: How Many Characters Can We Create?
Character Creation through Archetypes 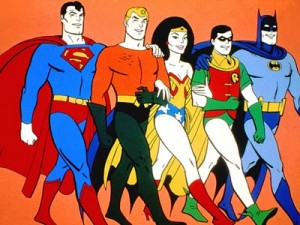 The concept of archetypes originated, in writing, with Plato and his Ideal Forms, was brought into the modern age through Carl Jungâ€™s psychology, and has been adapted most usefully for character creation by Robert Munafo. I will be using quite a bit of Munafoâ€™s development of ideas, while hopefully adapting and applying them in new ways that help us all see the value of archetypes in character creation.

Four: The main aspects of ability of any archetypes can be divided into physical, emotional, mental/intellectual, and spiritual arenas. What ability a character focuses on determines their archetypal role. The masculine or task-oriented roles are warrior, lover, wizard, and king. The feminine or relationship-oriented roles are maiden, mother, crone, and queen. 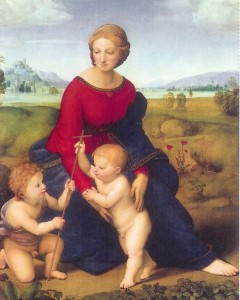 Note that it is possible, though unlikely, for a single male character to be all four of the task-oriented roles, while only the Virgin Mary, in her Catholic presentation, can be said to be active in all the female roles, though some creations of goddesses may also attempt to encapsulate the four persona of the relationship-focused individual, such as Mercedes Lackeyâ€™s Shinâ€™aâ€™in goddess in her Tarma series.

Six: Each aspect of ability and the role assigned to it can also have negative permutations. An immature warrior who is overly physical without the understanding or ability to make good decisions becomes a bully. An immature warrior who is physically passive is often seen as a coward. An immature who is balanced in their physicality yet untouched by the reality of war is a prototypical hero, who does not understand the consequences of his actions because there have never been consequences that have touched him negatively. A mature warrior with a negative physical bent would be a sadist, while a negative focus on the physical combined with passivity would lead to masochism. The mature warrior who no longer is capable of physicality becomes the archetype of the â€œbroken down warhorse,â€ perhaps still seen as having valuable information, though this is more unusual since it moves the character out of the physical range and into the intellectual range. These organizations of archetypes allow us to identify characteristics of positive and negative archetypes based on the primary ability and role with which the character is involved.

Eight: The roles, either task-oriented or relationship-focused, combined with the abilitiesâ€”physical, emotional, mental, and spiritualâ€”can be matched for a total of eight different primary archetypes: warrior, maiden, lover, mother, wizard, crone, king, queen. All of these have their own individual negative facets, for a basic forty-eight archetypes. 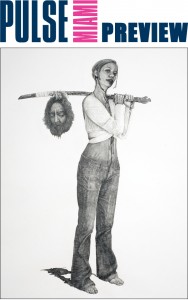 Taking any of the traditionally masculine roles and assigning them to female characters or vice versa offers an additional twist on the forty-eight to create a total of ninety-six different archetypal characters.

If your work has more than 96 individualized characters, you are creating too many!

Then go into a discussion of individual examples from books, movies, and television of the different archetypes. Or just list them out and ask the groups to get in smaller groups and assign archetypal identifiers to them.

So, for instance, Lisa Simpson is intellectual, but is a maiden, rather than a crone. What are the implications of this â€œtwistâ€ to the age and life station of the character? She often seems older and more mature than her age. She often does not â€œactâ€ appropriately for her position in the group in age.