What’s Wrong with Research Communication is an interesting article. It talks about the increase/proliferation of journals, to the negative results for libraries and end users. It also talks about the fact that impact factors are messed up.

There are also interesting ideas on other things. For instance, peer review and both the time it takes and the problems that reviewing incurs:

Peer review depends on reviewers, who are only very indirectly rewarded for their essential efforts. The anonymity of reviews makes it impossible to build a public reputation as a high-quality reviewer. If articles had single authors and averaged three reviewers, authors would need to do an average of three reviews per submission.
…
Peer review is often said to be the gold standard of science, but this is not the case. The gold standard in experimental science is reproducibility, ensuring that anyone repeating the experiment gets the same result. When even a New York Times op-ed points out that, in practice, scientists almost never reproduce published experiments it is clear that there is a serious problem. 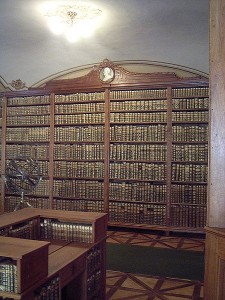 So, we have research that is proliferating, costs to “lease” the publisher’s copy, reviewing which does nothing for the careful reviewer, and accessibility issues. Within the article, the library’s experience with this is detailed.

One answer to sustainability in access for libraries is not only presently available but actually economically successful.

A distributed network of local library collections called LOCKSS (Lots Of Copies Keep Stuff Safe), modeled on the way libraries work in the paper world. Publishers grant permission for LOCKSS boxes at subscribing libraries to collect and preserve a copy of the content to which they subscribe. Fewer libraries are using the LOCKSS system to build collections than subscribe to Portico for post-cancellation access. Despite this the LOCKSS program has been financially sustainable since 2007.