I am wondering, as some of you may be as well, where the articles which we wrote that were to be published “soon” or “next year” go when they don’t make it through the publication process. I know that sometimes it is an entire publisher’s demise that took down my text, but I know it isn’t always that.

I have written two encyclopedia articles and neither of them have seen the light of day. I know that one will never be published. I received an email from the editor alerting me to the fact that she only received 51 of the 600 promised articles. (Remind me never to be an editor of an encyclopedia!) 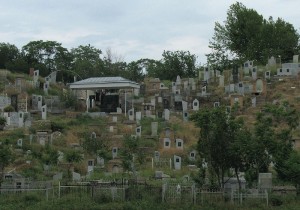 I looked up the other article and, while I can find multiple CVs which reference the five-volume work, some listed as 2009, 2011, April 2011, and forthcoming, I cannot find the books on the publisher’s website. So I don’t think they do actually exist. Unfortunately I also don’t know if they ever will exist.

The article was due 8/1/10. I got it in on time, despite the fact that I spent the first three weeks of July teaching school and spending most of the rest of my time with my dying mother. She died 7/19.

I guess I don’t have any sympathy for folks who don’t turn in their work when I get mine done on time even under those circumstances.

Since the due date was last August, I would not expect the work to have come out yet. In fact, I could easily see an August 2012 publication deadline, so perhaps that particular article is not “dead dead” (as they say in EMS).