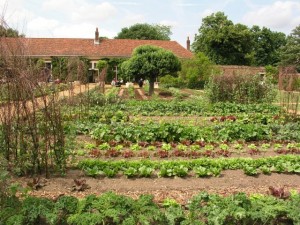 Spring, interviews seniors who explain what they are best at and who they are.
Books they have read: Lewis and Tolkien are always on the list.

College changes them in ways they do not expect.

They learn that the process of forming the biblical canon was messy.
Intellectual history of Western culture shows Protestant Reformation as harbinger of breakdown between faith and reason.

Some leave the faith.
Some become Catholic.
Some change denominations.

4-year institution
Students from stable, affluent families. First life-time experiences change them.
The literature classroom is one of the places where students process these changes.

When a liberal arts college is functioning at its best, but lit class is particularly situated to help students understand the changes as narrative of transition rather than a narrative of crisis.

Teaching texts that wrestle with the themes of suffering and pain, and texts that raise questions about faith, is particularly helpful for the students.

In Memoriam
Teach in 200 level, Lit and Wisdom, core requirement for lit and philosophy
Read classics of lit and philosophy
Chronological march from Ecclesiastes to 1993 play Wit
Classroom becomes a community over the semester.
Other teacher is her husband.
Title for the week in which we teach Tennyson is â€œAn Unquiet Faith.â€
Read The Brothers Karamotzov, In Memoriam by Tennyson, and Matthew Arnoldâ€™s â€œDover Beach.â€

â€œHath really neither joy, nor love, nor light,
Nor certitude, nor peace, nor help for pain;
And we are here as on a darkling plain
Swept with confused alarms of struggle and flight,
Where ignorant armies clash by night..â€ â€“M. Arnold â€œDover Beachâ€

â€œ The Sea of Faith
Was once, too, at the full, and round earth’s shore
Lay like the folds of a bright girdle furled.
But now I only hear
Its melancholy, long, withdrawing roar,
Retreating, to the breath
Of the night-wind, down the vast edges drear
And naked shingles of the world.â€ â€“M. Arnold â€œDover Beachâ€

Seriousness of loss of faith.
But narrator is also comic.
Dover Beach is a popular honeymoon site. Probably wrote it on his honeymoon.
How did his bride feel about that?
Not to mock the Victorian crisis of faith, but to see the affectation of the crisis of faith.

One discussion period on Dostovesky.
One on Tennyson.

Written over 17 years.
College friend, engaged to his sister, died in Italy of a brain aneurysm.
Each section can more or less stand alone.
We make very careful selections among the sections.

The early sections represent Tennyson in grief.
â€œAh, sweeter to be drunkâ€¦
But all he was is overworn.â€ In Memoriam 1. 9-16

Section 7, stands outside the house and feels his absence.
â€œDark house, by which once more I stand
…
A hand that can be claspâ€™d no more.â€— VII

Tennyson struggles with how to come to terms with the loss of friend but also with a world which biologically requires death.

Are God and Nature then at strife, LV.5-8

â€œred in tooth and clawâ€

Nature finding that of fifty seeds, only brings one to bear.

LV.16-20 â€œI stretch lame hands of faith, and grope,
And gather dust and chaff, and call
To what I feel is Lord of all,
And faintly trust the larger hope.â€

T.S.Eliot, from Essays Ancient and Modern
â€œIn Memoriam can, I thinkâ€¦ a very intense experience.â€

In its day, it was seen as a poem of strong faith.
â€œâ€¦a priceless but much neglected means of spiritual improvement, the efficacy of which not even the most sceptical [sic] can deny.â€

Encounter with a poet who is hanging onto faith while wrestling with his doubts. They donâ€™t care as much about his theology. It is enough that he is asking the same kind of questions they are asking.

â€œThat God, which ever lives and lovesâ€¦
To which the whole creation moves.â€ Epilogue, 141-144

Wrote the last before the rest? Really?

Students trust Tennyson. From his strong conclusion they are confident that he reaffirms his faith.

Most poetry is the â€œluminous particular,â€ the one moment narrative.
But Tennyson opens up a lifetime of doubt.
One continuous process of reflection and even questioning.

Students come to college understanding about their faith.
In teaching In Memoriam I also hope to teach them about doubt.

Questions:
How did the students do with the nontraditional ending of Tennyson, where he says his friend is mixed with God and nature?

Curiousâ€¦ with Brothers Karamatzov â€œgreatest attack on Christianity everâ€â€¦ Overwhelming. Caused depression. Prof said, â€œKeep reading. Itâ€™s not the end of the story.â€ Do you let them know â€œThe Grand Inquisitorâ€ is not the end of the book?

Crisis of Modernity.
Nietsche taught the next week.
Week 15 present Flannery Oâ€™Conner, at people who are putting together with faith post-modern answers.

Was there a bit of Hebrewsâ€™ â€œthough he is dead, continues to speakâ€?
Is there a sense in which the friend is actively speaking these?
Yeah. Thereâ€™s a kind of a resurrection. Itâ€™s mystical. But it is a strong statement of faith and the students see it that way.