Issues of faith and doubt are ubiquitous. 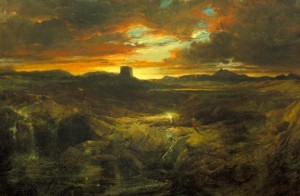 Nature as the book of God.
Looking at Newmanâ€™s â€œAn Essay in Aid of Grammar to Assentâ€ (guide to reading the world)
Browningâ€™s â€œChilde Roland to the Dark Tower Came”

Victorian understanding of the role of nature in science.

Newman is conservative religiously.
Not going to offer an answer for reading Browning.

How can any reading of experience be reliable?

The challenge of the skepticismâ€¦ other ways of knowing.

Together the two works make a reading for faith and understanding the impulses in the Victorian culture.

â€œall knowledge outside of science are nonsenseâ€ â€“

Experience is ringed round through our personalityâ€¦

This awareness means all reading, all nature, all data will be hard to figure out without recognizing our thoughts.

Victorians attempt to accumulate empirical data to prove their faith beyond a â€œshadow of a doubt.â€

“For since the creation of the world God’s invisible qualities–his eternal power and divine nature–have been clearly seen, being understood from what has been made, so that men are without excuse.” (Romans 1:20) 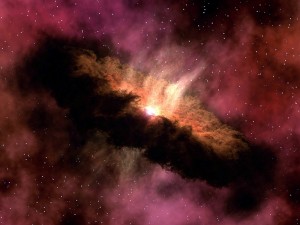 Christians have struggled to interpret God from his nature.
12th C the conversation on this topic changed.
Altered the metaphor of “book of nature.”
Increased the experience, importance of reading the book of nature.
If nature is to be conceived as a text, the reader needs to be fluent in the language in which it is written.

The added importance of â€œreading the world/book of natureâ€ grew in the university.

Galileo, â€œBoth scripture and the divine text of natureâ€¦â€ leads to God.
Heresy is only a failure of understanding science.
By the 19th C, though, stronger challenges to reading nature and the Bible harmoniously.

Most of the poetry of Taylor and Coleridge was written to help readers read nature.

In Blakeâ€™s Song of Innocence â€œThe Lambâ€ is the shortest presentation of this.
Compared with â€œThe Tygerâ€ from Song of Experience.
Blake acknowledges that our reading of the book of nature depends on what we are looking at.
56-57 In Memoriam
â€œWho trusted God was love indeed
And love Creation’s final law
Tho’ Nature, red in tooth and claw
With ravine, shriek’d against his creed.”

Newmanâ€™s friend Froude says he is drifting from his Catholic belief.
The central concern of â€œA Grammarâ€ is â€¦
1839: The grounds of belief and faith do not rest on evidence.

Assent, though a mental act, is not an act of logic.
Arbitrary, but not incompatible with an appeal to logic.
Science makes claims beyond its referenceâ€¦

When vocab of science moves out of its purviews, it is problematic. 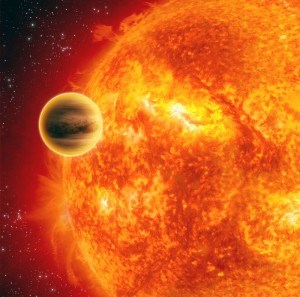 Newman says you can read the natural world by observation. Can arrive at assent to metaphysical claims.

Browning
From “Childe Roland to the Dark Tower Came”

The basis for accepting directions from someone who lied all the time is weird.
Thinks the guide is only there to lead travelers to their death.
His quest is leading him to his death.

What constitutes truth and the use of language?
For Roland he is a good guy because he is the one who ends Rolandâ€™s endless journey.

Dark Tower appears at last moment.
It is hard to see what shows up in our experience. Often we donâ€™t see what is right before our eyes.

Though he is standing directly in front of the Dark Tower, he doesnâ€™t see it till he remembers how he was told to find it.

What role memory and values play is important?

Danger of reading the worldâ€¦ We read ourselves as the moral center of the universe. He does not solve this problem, but presents it so that we can see it.

Our attempts to read the book of nature can always be compromised.

Richard Dawkins says he is â€œnot a fundamentalistâ€ because he would â€œchange his mind in the face of evidence.â€
But Browning shoes us that we never read only the evidence.

Browningâ€™s answer is that though reading the book of nature is fraught with problems,
How is it read?
Pushes reader to recognize our subjective, contextualized reading of the textâ€¦
That means every text will be subjective and contextualized.
We need to recognize this.

Question:
Breaking down of natural theologyâ€¦
Decreased interest â€œFaith and Reasonâ€ 1998 John Paul, first time of Book of Nature as divine presentation.
Think about Darwin, Origin of Species, disappointed.
Tennyson writing before Darwin but both reading the geologist.