@readywriting, aka Dr. Lee Skallerup Bessette, wrote “What is a Blog Post?” for the U of Venus and Inside Higher Ed.

As usual, she has thoughtful points, including things I hadn’t considered before.

I like her discussion of our academic expectations and the fact that these may be leading us astray in terms of blogs. Perhaps not all posts are written to have a strong thesis and support, despite the fact that these are the types of writing we request from our students most often. 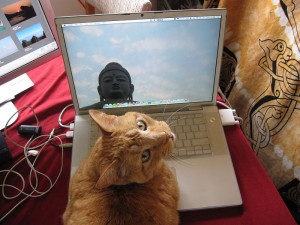 In fact, if you are a regular reader of my blog, you know most of my posts aren’t like that.

I use my blog as my recorder, my idea bank, my commonplace book, my outboard brain, and my journal in the cloud. I can write things here, search for them later, and find them (unlike my memory sometimes). And, believe it or not, there are enough posts on this blog that sometimes I find great ideas serendipitously–ideas which are mine but which I don’t remember ever having written about. I find them because I posted them here on TeachingCollegeEnglish.

The post really got my brain revved up. (I knew I should have just gone to bed after I checked my email and NOT check Twitter, but of course I did. Then I saw @readywriting’s link and had to read the post and then…)

I wrote a long comment, which I eventually shortened (and don’t even know if that will get through the moderators). So here’s the long version:

Hmmm. I think this may be a reflective comment….

I personally love to read reflective posts. They help me to articulate what I am thinking about a controversial topic, sometimes by simply saying what I do NOT think.

If someone comes to an academic’s blog post expecting “the answer,” then a reflective post (especially one that is not clearly labeled as such) might be frustrating and disappointing. However, I know that I wouldn’t necessarily think about or consider labeling my posts by “type.” Why should we expect in reading academics something we tell our students we aren’t going to give them? Maybe there are no right answers in blog posts and no one should expect them.

On the other hand, if the issue is something that the reader is interested in, I can see how a reflective post could generate controversy. If people have strong opinions on the topic, regardless of the generalities discussed within the post, then the controversy will be emphasized in their comments. And there will be a lot of comments. If people are articulate, I think both the post and comments can be fascinating.

But maybe that is a reflection of my personality and not an average reality.

So what are the most controversial blog posts, from my perspective?

In my experience, the most controversial posts (in terms of people objecting to what I have said) are not reflective posts, but my conference blogging. I’ve been threatened, lied to, treated nicely, dissed by my colleagues who paid enough attention to read the About Me, but not enough to actually peruse the blog…. It’s been painful enough I seriously considered giving up blogging (after nine happy years).

To read the tales, search TeachingCollegeEnglish.com for kerfuffle (meaning commotion or fuss).

Perhaps I’m not really talking about the most controversial posts, but the most stressful ones. And if my reflective posts garnered angry comments, that would be stressful. But, right now, or so far, they don’t. 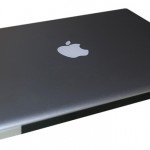 And this, I think, is really the point I wanted to make. (Sorry for taking so long.)