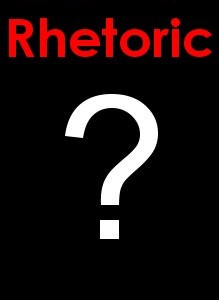 I will confess that, prior to this assignment, I had no experience with visual rhetoric. I am an English and history undergrad major, who went with English all through graduate school. None of the courses I took, even the rhetoric classes for my PhD, included visual rhetoric as a topic, must less as a focus.

Due to time constraints, I was not able to converse with colleagues or get their ideas for the paper before I had to teach it.

What I did, though, worked very well, I think.

Some of their answers for why it was not a photo of college students included:
It’s too posed.
They are too old.
Those might be grad students.
That was taken in the 90s (or 80s or 60s). While not all the pictures were, and I’m not sure how that made college students or not, they were accurate about the time period portrayed within the photograph. I think that perhaps the students were answering based on whether these are modern college students, the kind my students would know and hang out with. 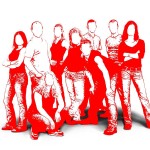 Examining Book Covers
Then I took the class to Amazon. We looked at covers of books that I have read and know are fairly indicative of the actual text of the book. We deconstructed the covers based on:
target audience
compositional elements
genre, particularly as created by the elements in the picture
color and its meaning(s)
interaction of verbal and visual rhetoric
role of character(s) on cover, including their group’s role in government (not all, but most of the science fiction and fantasy works allowed for this deduction)
whether the book was a fast read or more dense with information
(Sometimes I would ask a leading question, but usually they already knew.)

Most of the time the students were able to identify the genre of the work, even though most of my students don’t read books for entertainment.

We also talked, sometimes, about the relationships of the characters portrayed on the cover. 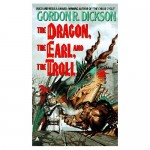 For one book, I asked them to name not only the season of year that the book was about, but also the holiday being celebrated. (There was snow in the background and the main colors in the composition were red, green, and gold.)

My students did a great job of engaging with the reading of the visual rhetoric of covers of books they never had any experience or intention of reading.

Expertise
The students’ abilities to identify, classify, and correctly deduce various information from both the photographs and the covers allowed me to point out to them that they are already well versed in the practice of visual rhetoric.

Assignment parameters
Then I had my students choose a picture of some sort to write on, using the same kinds of points we had already covered.

I limited their piece to something that was not their own composition, either art or photography.

I also recommended, for those wanting to use photographs, that they examine more panoramic pictures–with multiple subjects or action– rather than close-ups. 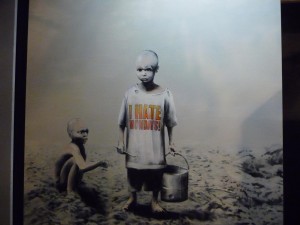 Many students chose works that were pieces of art. Only one chose an older art piece and that student is an artist herself. Modern art pieces were far more popular, even with the artists. One student actually brought to class a print he had purchased and used it as his text for the visual rhetoric essay.

Additional recommendations: Multiple audiences’ reading
For the guys who wanted to use football pictures, particularly (though I did recommend this for other people), I suggested that they discuss the visual rhetoric as it would be read by an expert such as themselves, by someone who knows what football is but not much else–like me, and by someone who is from a totally different culture without American football.

This allowed the students to demonstrate their expertise, but also to identify things that were more generic or evocative within the visual text. It also required them to think outside their own expectations and understandings, while examining a single work.

This suggestion also worked well for a student who brought a photograph of a member of the hacking group Anonymous, in a V For Vendetta mask, in front of a Chinese restaurant. There were significant differences in my own and their understanding of the visual rhetoric of the picture, based on what I knew first glancing at it. It also helped the student to realize that simply because he knew what it was a picture of didn’t mean that everyone in the world would recognize it.

Additional recommendations: Book cover having read the book
I also suggested that, if the student chose a book cover for a book they had read, they could see what the book cover would say to someone who had not read the work and then compare it to possible differences of nuance for someone who had read the book or who had more knowledge of the text, author, or genre.

We had done this already as a class when examining the book covers, since I only showed the covers of books that I had read. Sometimes things in the cover appear to be one thing to a new reader and are obviously something else to those who have read the work.

One book cover that elicited a more circumscribed description than I could have given for it was Dr. Seuss’ Horton Hears a Who. The student missed the blatantly environmentalist stance in the cover and the book and did not know Dr. Seuss’ history as a propagandist in World War II. 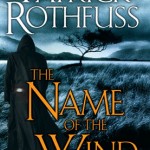 One of my students chose to do the book covers of one of his favorite books. That particular book had four different covers, by country of publication or by date of publication. Even the fonts chosen for the title and author’s name differed.