In live blogging this conference, I am following the conventions for conference blogging.Â (Note: While I wrote the post while in the session, I didn’t post till later.) 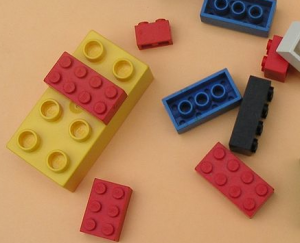 lit on tech writing and collaboration: does not deal with long term experience
“voice”
The possibility of vocal disjointedness increases over time.
Problems with time are not common, but are not rare either.

Temporal aggravation of vocal disjointedness.
Study for discussion with the writers. 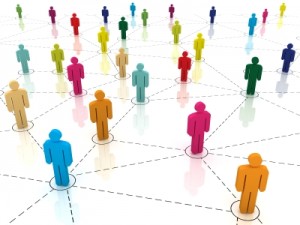 Voice is what allows folks to read in silence and hear the author speaking.
Style implies something that can be easily imitated and tone is limited to one within a work. –Murray

A writer can know and use, and therefore learn and adopt, different voices, this is important for writers. Voice is not inherent nor invariable.
Voice can be analyzed and imitated. Otherwise no collaborative document would ever appear whole.

–diction: level of language and formality

–point of view: person and whether or not opinion is included, the perspective the author chooses

–design
Easier to spot and regularize. 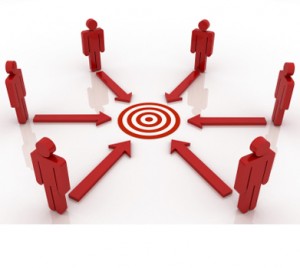 Problems with Collaboration:
conflicts with schedules
unfair distribution
shyness
members drifiting away
members excluded
domination
fiction between members
socializing too well or not well enough
conflicts in style
expectations based on solitary writing
protective attitude toward writing
disagreements on revision
expectations for perfection
conflicts between spontaneous and generational writing
–David L. Major gathered this list of 30+ problems for an article he was writing. It is the result of research.

Generationally asynchronous writers may write without paying attention to previous choices or problems.

Ideally an editor should still ghostly voices, taking out old tech for example, and create coherency.

Alred, Brusaw, Oliu Handbook of Technical Writing
–Designate one person as the team coordinator
Editor needs official permission to change work over time.
Sometimes someone will take over a project. If there is invested power, the editor can give oversight and avoid this.
Past writers can’t easily vote. They must be assimilated. An actual authority who gives editor power recognizes the past and gives time and approval to work.
–Create a project plan

–Use agreed-upon standards for style and format

The simple part:
gets editor selected
agrees to revise
accepts unifying the voice
gains responsibility
overhauls the whole document
Not so simple: Crafts a new voice 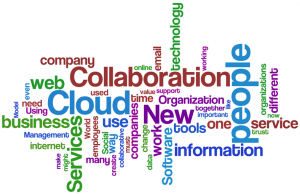 The editor of multigenerational asynchronous document must be
analytical
critical
historical 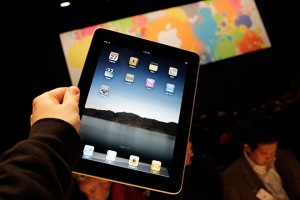 Linda Gray @ Oral Roberts U
“Making the Most of New Technologies”

Have iPhone as timer, computer for Powerpoint, and iPad for paper.

Tech writing profs try to keep up with technology.
Often it becomes overwhelming for a busy prof.
Statistics verify more applications, many of which are free.
iPhone has 365,000 apps available.
In 2010 Apple sold nearly 16M iPads worldwide.
Neverending pursuit = keeping up with tech

Students can help professors learn about new tech.
Professors can help students learn how to apply them readily, reasonably.

New tech can serve as a teacher’s new best friend.
We need to learn about the new tech from students and adapt it to the students’ needs.

Pardigm shift
in Norwegian, with English subtitles
It’s folks trying to figure out how to use a book instead of a scroll and calling the helpdesk.
Younger students don’t think about the shift, because they didn’t shift. Older students really appreciate this and the younger students learn about what the shift is like.

Note: Naming conventions need to be specified.
Get it right from the get go.

–University resources
Purdue Online Writing Lab (OWL)
They don’t like the layout or the colors, but they do like the wealth of information.

Dropbox http://dropbox.com If students forgot their flashdrive, but their work is here, they are good to go.
Writemaps http://writemaps.com Can adapt to their own particular website. Creates a nice looking sitemap.
Students brought these in.

Instructables http://instructables.com
Students love this. It is fun to look through the site. There are step-by-step instructions with pictures. We look at various of these.
We do process analysis in tech writing and this is a real-life application option.
Beta tested in class.
They post this.
Real audience. They really like this.
If the pictures don’t turn out right, Instructables will take the instructions down. That happened to two of my students this semester.

Hardware iPads
Students at George Fox U chose between MacBooks and iPads. 10% of the iPad recipients were excited; the majority still take notes on paper.
All students at Seton Hall received iPads and use an ebook app allowing them to make marginal notations that professors can read and assess.

Texting and Tweeting
Study by Kirsten Johnson at Elizabethtown College revealed that most students surved “rated the personal professor the highest on measures of competence, trustworthiness, and caring-which adds up to credibility”
Students preferred the prof who tweeted personal info, like “went to movie last night.”
“undergraduate students want to make a connection with their professors that goes beyond knowledge.”

Welcome what the students bring in and try to find uses for them in the technical writing classroom. 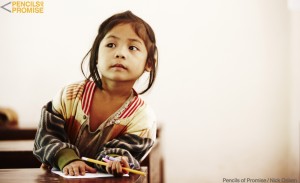 I have been studying about visual arguments.
Digital revolution is more and more visual.
All the homepages of major websites use visuals with verbal rhetoric as support.
“Making Sense of the Visual in Technical Communication” by Tiffany Craft Portewig of Texas Tech U in J of Technical Writing and Communication, 2004.

Visuals are better because words have to be clarified across time and often even by the authors. Words limit people’s interpretations. Context involves a wide range of prior knowledge, historical literacy, etc. However words alone are unable to contain all the necessary contextual clues.
Apparently words are full of meanings, but actually words constrain meanings. 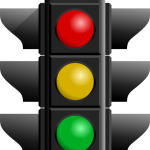 I am not sure I agree that visuals are better. I can see how a student who is in her second language (or third or fourth) studying for a PhD could think that visuals are better than words. But, while I agree that visuals allow for a wider range of reactions, that actually makes words better because the purpose of communication is to communicate and you want to make your meaning clear. Images are less clear, since they are subjective and constrained by context (of both text and the audience’s experiences) while words are constrained by a socially constructed meaning and are thus more likely to accurately communicate what the author or creator of a work was going for.

Visuals help conclude in a universal way.
Good visuals have universal signals such as emotion. Abstract but united. Those signals help folks make interpretations. Visuals become medium for readers.
Went to workshop for international students to present their culture to elementary students.
They were told not to use a lot of words.

Emotional cue could also be used.
Reading Images: The Grammar of Visual Design

photo of a Chinese student looking straight on at camera (Not the photo at the top of this section.)
writing at a school
dirty face or perhaps simply shadowed
pencil in hand, over paper, desk is blurred but highlighted
Visual helped raise lots of funds in a short amount of time. 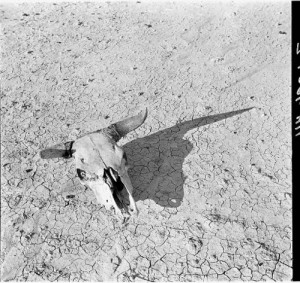 a skull of a cow in the bottom half of the picture, with a shadow creating a face
a gaze is created through the eyes of the cow
Demand is not as strong as the gaze of the person.
The dry land says the death of the cow is a result of the drought.
Use of high angle gives the viewer power to draw their own conclusions.
Some viewers think the photo reveals facts. It was investigated. There was indeed a drought.

Assignment done for class.
Hunan Province online. (Where Shuwen Li comes from.)
The map reflects accurate geographic information.
But makes the different cities and places equivalent, even though there are places that are better or larger or more interesting. 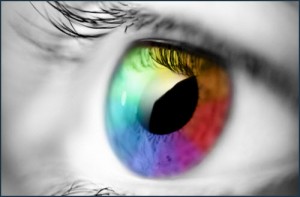 Someone in the “Ideology of Making Map” propose fragmentation to break down homogeneity and to make the map interactive.
I tried to make my map a sign system and give the viewers control of the map.
Picked 9 places to highlight and included images pointed to by arrows from the map.
Viewers jump out of the framework of the map and can look at the places individually.
I added textual information. The choices for these were made based on popularity.
I added one video. “A Tourist’s Experience.” Go along with a tourist on a mountain trip.
Another video added for something else that did something else.
Added references from different historical periods.

Equality, democracy, accessibility all were really pushed by Shuwen Li for visuals.

Questions:
??? I haven’t had many students know how to do many computer applications. Is this pervasive for you?
Few students who have not experienced a lot of things.
I make them have the invisibles on in MSWord, because it helps them learn to use Word properly. I give them gold stars for having them on.
It may be that they are majoring in the technical writing.
Some are far more tech savvy than others.

??? WriteMaps? Is that a program where they can design the website?
No. It’s a way to create a site map. It is stored online.

??? Two pictures you had. They were black and white. Is that something that has more appeal? Is the black and white more effective? Why did you pick these two?
Intentional design is black and white.
Colorful is high modality. Gives realistic. Want folks to think about the picture.
So black and white causes people to stop and think more.
Color requires less brainpower.

Gaze is particularly effective to make the audience think.

??? Do you know the psychological study that takes a neutral expression of a man and then in a context?
People will interpret his expression based on the context clues of the surrounding picture. 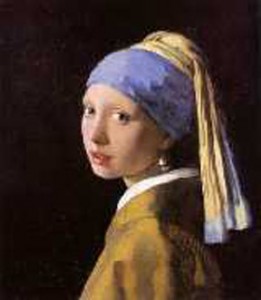 Lincoln portraits were always made in a particular way.

In China the photo grabbed everyone’s attention and was positive.

The audience here (at SCMLA) felt the picture was more sad, not as positive.
They also said: Beautiful photo. Compelling.

Do you think it was the gaze that made it compelling? Yes.

???Â In collaborative writing, two clients off campus, send them things to revise. One is a medical doctor who has a medical information website. He does webinars with guest speakers. We get them to turn them into short articles. We are dealing with a different genre. Lots of people contributing to the website. We need a uniform style. The students work in groups of three to turn a webinar into an article. We find that looking at participles or infinitives or gerunds for frequency is helpful. It helps the students see how to manipulate the text to make it more consistent.

Yes, that approach is good. Same way we would have literature students finding the style of the author, we have the writing students analyze and determine.

I was thinking of something as simple as a report where everyone writes separate chapters but the editor revises to make it a single style.
Many of the modern recommendations have the final editor enforcing the style guide (or revising the works to match the style guide) at the end. 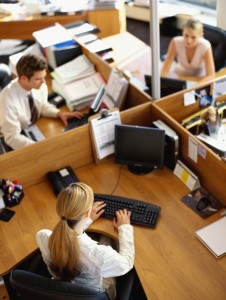 Out of the top ten things, employers want interpersonal communication. Use collaborative software.
Have students for each group write out a list of responsibilities and the penalties for those. Initial plan.
That helps keep them on track and working.
Students evaluating each other is sometimes seen as a good idea.Â I (David L. Major) don’t do that because students don’t want to rat each other out.
I ask them to talk about where they are in the process, not at the end.