How can we engage students when we lecture?

Have you ever given a lecture to a class where everyone sat still the entire class period? One where the students did not jump and run as soon as (or even before) the bell rang? If you have, how often have you wondered exactly how you managed that? If you haven’t, do you dream of this or just give it up as an impossible dream?

According to Robert B. Cialdini, students can become engrossed in a lecture with a single, simple feature at the beginning. They will listen raptly, eagerly and not even shift when the bell rings, if we start our lecture with it. They will clamor to know the answer, even when they should be out the door on to their next class.

What is this single feature that we can add to the experience?
If you are intrigued, not just wanting to know the answer, but wondering when I will give it, then you won’t be surprised to hear that the key to engaging the audience is a mystery.

No, I don’t mean we don’t know. I mean it is a mystery, a puzzle, a tale that involves questions. It’s a mystery story.

What if I told you that in sixty minutes, I could increase your average college grades by a half a letter grade–for the next four years?

That’s the mystery I offered my students yesterday. Now the research has been done (though only using minority students) and I know the answer. I can increase their college averages by simply letting them know, making them believe, giving them sufficient examples to show that everyone is confused by college. Apparently many people are unaware that college students are often doubtful of their decisions, frustrated with their efforts, and confused about what to do next. Learning that is sufficient to increase their confidence and their grades.

Can I give you a more extended example?
That’s a short example and certainly not one that engages attention for a long time, at least not as I set it up here.

But is there a way to extend an example? Of course there is. Here is one from Cialdini’s 2005 Journal of Social and Clinical Psychology article.

One of the most successful book sections I registered was written by an astronomer. He began a 20â€“page section with a puzzle: How can we account for what is perhaps the most spectacular planetary fea- ture in our solar system, the Rings of Saturn? Thereâ€™s nothing else like them. What are the Rings of Saturn made of. anyway?

Then, he deepened the mystery by asking how three internationally acclaimed groups of scientists could come to wholly different conclu- sions on the answer. One, at Cambridge University, proclaimed they were gas. Another group, at MIT, was convinced they were made up of dust particles. The third, at Cal Tech, insisted they were composed of ice crystals. How could this be? After all, each group was looking at the same thing, right? So, what was the answer? 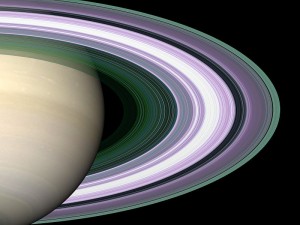 I will not take you through the whole process of discovery and tell you how the differing backgrounds of the teamsâ€”astrophysicists here, as- tronomers thereâ€”led them to look at different aspects of the phenome- non and how a crucial measurement error led one team down the wrong path. Suffice it to say that the process of unraveling the mystery was not unlike the process of scientific investigation, wherein hypotheses are generated, implications are tested, nonproductive approaches are taken, errors of interpretation are made, and evidence is marshaled until a sat- isfactory resolution occurs. By the way, this is no small benefit of the use of mysteries in our lectures. The process of resolving mysteries is re- markably similar to the process of science. So, in the use of the mystery approach, we not only give students information about content, we also send them a subâ€“rosa message about process.
Let us get back to the main point. Which answer was revealed at the end of 20 pages? The beautiful, mysterious Rings of Saturn are mostly dust! Actually, they are iceâ€“covered dust, which accounts for some of the confusion, but they are mostly dust nonetheless.

Now, I do not care about dust, and the composition of the Rings of Saturn is entirely irrelevant to my life. But, that scientist had me turning pages like a speedâ€“reader. Hereâ€™s the telling thing: I am sure that I will never forget the answer to the mystery he constructed. Moreover, I am sure that I will never forget how three groups of scientists could have been so confident in their opposing answers to the question. This strikes me as an enormous advantage of mystery stories. They can get our stu- dents to become engrossed in and to remember important material that they otherwise would not care about because it does not seem relevant to their daily lives. Mystery stories do not need personal relevanceâ€”they bring their own. (24)

Cialdini doesn’t just offer the mystery story: a mystery, the players in the mystery, a discussion of possible alternatives for answers to the mystery, and finally the denouement as a way to improve lectures. He offers an additional tool as well.

There is another way to improve lectures.

Have you ever noticed that students are riveted by some material, not even noticing that the class period has gone by, while some material has them shifting (or Facebooking) through the entire class?

There’s a reason for this. It’s not really a secret.

When the students are wiggling and tuning us out, it is because they are bored.

Why are they bored?

Students are bored, not because we are boring, we are not inherently boring. All of us can remember an engaging discussion, a particularly well-told joke, or a story that we told to a breathless audience.

Nope. It is not that we are boring.

Yes, I said it. (Well, Cialdini said it first.) We are bored. We know the material isn’t that interesting, so we are bored. Our being bored makes our students bored.

How do WE become engaged in our own lectures?

Just having an addition that is unique, interesting, and engaging TO US is enough to make the lecture more engaging to the student (28). We need to be excited in the classroom. If we are, they will become more excited.

Today’s lecture (in my class) is going to be about a proposing a solution paper. We are in the process of writing those in my fyc classes. But the beginning of the lecture, which is really a repeat of the reading we did yesterday, is a two-minute movie featuring Dr. Davis as Albert Einstein and starring Gandhi as my personal Socrates. There’s a really lame joke on the mispronunciation of precedent being understood as president, a discussion of the principle of fun as a guide for my solution, and a belch. (It is a college class, after all.) 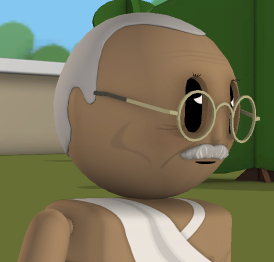 I’m really looking forward to presenting this little two-minute movie, including Gandhi’s Homecoming Queen wave from the moon, in class.

Here’s an example of it in teaching.