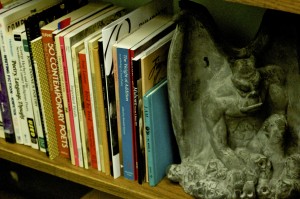 Remember the six elements of the Conceptual Age that Pink argues we have moved into?

That’s okay if you don’t. Unlike my students, you don’t have a quiz (or a test) on the topic.

One of the six elements was narrative.

In 1986 psychologist Jerome Bruner, now at New York University School of Law, argued persuasively that narrative is a distinctive and important mode of thought. It elaborates our conceptions of human or humanlike agents and explores how their intentions collide with reality.

[W]riters and readers … use fictional characters to think about people in the social world.

Psychologists once scoffed at fiction as a way of understanding people becauseâ€”wellâ€”itâ€™s made up. But in the past 25 years cognitive psychologists have developed a new appreciation for the significance of stories. Just as computer simulations have helped us understand perception, learning and thinking, stories are simulations of a kind that can help readers understand not just the characters in books but human character in general. 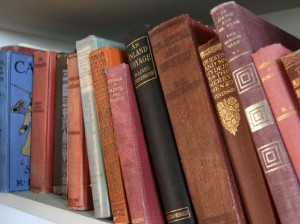 Literature is important to life in general. Not just to a well-rounded education or to a liberal arts degree, but to life in its full and varied forms.

Something to think about.