Audience will maneuver among choose and X

Plan: Background to focus and then suggest (3 short juxtapositions) a quick take on rhetorical memory, contrasted with current memory technologies and X.

2 grammatical aspects: use of I and active verbs

Use of I:
Interested in –Individual construction of memory through texts. (hypermedia)
External texts don’t flow free from us. What do we remember internally as result of creation? How might creation of online text reverberate back onto us? esp if we think of textual production as a work of memory.

Arts and Memory
1. routine based, background

3. traumatic
“actively narrated as drama” or “b/c it remains outside subject”

Production of digital texts, how now because of networking abilities, productions which required corporate resources can now be produced by individuals.

Mashed-up: Music, Technology, and the Rise of Configurable 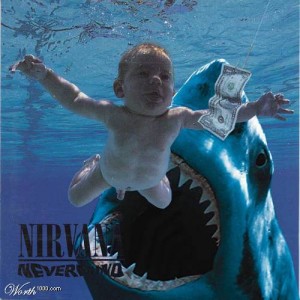 Electronic music product… visited… part of an exhibit “Nirvana: Bringing Punk to the Masses”
Production of texts together now.

ref. another call to active digital production– xxrnard Stiegler (and Irit Rogolf?)
mass media creates audience’s memories for them
by creating can network, control, formalize, and perhaps destroy them
indiv who only have external memories cannot participate in what holds culture together, the co-constitution of the I and the we
Only those who both produce and consume can participate in such co-constitution.

Mayan calendar, ex.
Such systems helped folks memorize, things they composed and others’ works as well.

Throughout their use, broke what was chosen to be remembered into chunks, to make them memorable/visceral.
Placing those chunks into a first architectural structure. (memory palaces)
move among these chunks

neo-platonists turned architectural support for memory into abstract pictures, thinking this allowed them to understand the cosmos

Creating an architectural system. Working on it. How to find it again later.
Systems for invention and memory.

Against that background, 3 perspectives to take on current memory practices:

21st C tech allows us to label “life-caching”
put them in, tag them, organize them, chronological order
1980s folks have been working on ways to remember everything
camera worn all day every day, etc

Could show us that we do indeed have memories.
Took photographs and was photographed: “I wouldn’t have memories if I hadn’t written letters.” Abu Ghraib 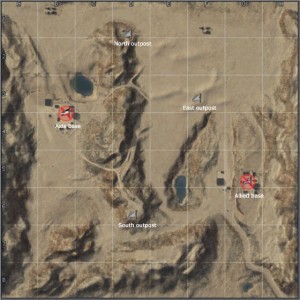 2nd perspective: free-floating memories, memories without landscapes
computer games
impossible to succeed without a map, but don’t have to narrativize (conceptual elements–think on this)

Gaming experiences can be expanded and narrativized, but they rarely are. Re-enacted as drama.

Video game architecture can be seen as memory spaces. 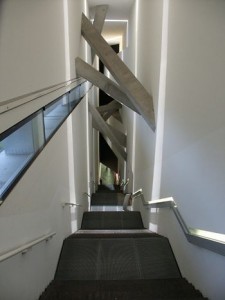 3rd perspective: 2001 Jewish museum in Berlin
requires you to enter through an 18th C museum
cross a long hallway
climb a three story concrete steps (which continue into a wall), which you must get off to go to the exhibits
passageways that are almost impossible

Given how the events commemorated are already so emotionally weighted, spaces can be understood as structures for narrativizing trauma. Attach my bits of pieces of memory within it. Thus creating I and cultural memories.

This is the sense of the project starting.
Kinds of connections hoping to make. Possibilities of digital construction to make possible connections between our own and others’ memories. 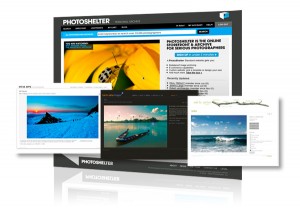 Talk on 4 years of work: Archive 2.0
Could we do something with the collection?

Samaritans exist. Living people. Despite 1922 National Geographic article saying they would not exist.
Only 720 now though. (Up from low of 120) 5 families. Intermarry. 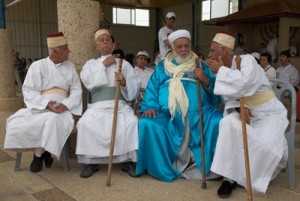 Did not have a large diaspora, but their texts did. (Europe, North America)

2008-2009 was start-up. Doing project as rhetoricians.
Goals:
1. Provide access to digital versions of the codices/scrolls at MSU
2. Create a working model of a culturally-sensitive repository of Samaritan texts
3. Support a variety of learning activities including online teaching, learning, and research
4. Follow a model of system development consistent with best practices of user-centered design

2. High-fidelity mockups, interactive prototype
turned the drawings into this

3. Field research
Brought them to Samaritans.
Received considerable amount of feedback and how to make them better.
Wanted to see all Samaritan mss digitized, b/c would have geo-political repercussions. 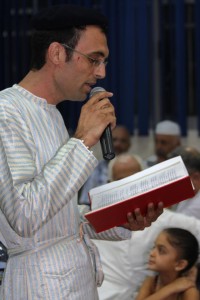 What people do with texts…
We’ve found that the iterative design process and the tools we create… find communicative value/provided a rhetorical perspective to the other.

Way we came to think about how our approach in this and our positionality (rhetoric and writing studies) working with other stakeholders, now think of it as three groups of stakeholders.
Samaritans, scholars, and our institutional stakeholders (archivists and librarians)

One of strange things of project, primary players who we were interacting with were always asking who we were. We were studying them. But they wanted to know who we were and what others were doing.

What I brought to talk to you is an anecdote of that.
Thrilling discovery, revealing about writing studies and what they can do

Given that preservation and access… not oppositional missions… if digital… important for us to see that they become spaces for enacting cultural practices…
This is imperative for Samaritan people. Where their culture will survive.

Scholar profess left a note on left hand side of codex, knowing that the Samaritan person was coming, for Benni.
Wanted the Samaritan to see it, but he was curious and embarrassed because it looks like a stain. Archivists and professor thought the stain was an artifact of the poor storage (under football stadium). Thought it was a water stain.

Samaritan flipped open, passage from Leviticus, name of God appears a few times. But as is common in liturgical position of Samaritans, they chant a portion of Scripture every day.
The movement the celebrant makes, to be humble, is as you read, you touch the face and then you touch the text. The stain was a mark from 1500 years of use.
So these marks showed what the celebrants read the most.

Interesting thing about that:
will tweet about this, with hashtag of this session (which is what?)

Transforming archives into digital requires knowing how cultural stakeholders and scholars use or would use.

Samaritans exist, but only 722 of them.
If their cultural tradition is going to survive, these are the cultural interactions that need to happen.

teaches us a broader idea
Location of Culture Baba
texts live in culture
attempting to isolate texts from cultures, this is cultural violence
locating it in a location that makes sense to scholar and archivist violently separates it from the cultural stakeholders and their use/location of texts.
With a physical text, perhaps necessary. but digital text allows us to undo the violence and re-connect the work to the cultural users.

My discussion will be less detailed and more broad strokes.

Digital Humanities is new to me. Feminist Historiography is my field. Spent last year to study DH and see what lengths feminists might have with it.

survey both fields, investigating reasons for division, ways to re-connect–identification

stakes are high
DH generated a great deal of excitement: journals, DH division in grant work
compounding this are major scholars, Perry, Stanley Fish
“should completely change what it means to be a humanities scholar” (Perry)

One estimate suggests $6M for DH funding this year.

Detailed review of feminist historiography shows more division than identification.
No mention by any FH about DH.
Her article was 180-article review.

Few points of identification between the two.

Don’t make this just because it is hip and funded.

Instead, look for meaningful modes of identification. So Fem Historians can enrich DH. 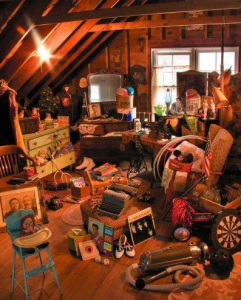 HOWEVER, there is one word that should bring us together.

The word is methodology.

Every FH worth salt, methodology is a key term for the work.
Scholarly history defined by methodology.

FH might collaborate with DH for how to build archives.
But concerns based on archives for FH (and others) that are already out there.
Many archives allow FH searches.

While FH used to have dearth, now digital recovery opportunities are everywhere.

DH scholars now have a “sea of databases.” How do you make sense of that?
Concern “proactive, not a reactive archival methodology.”

Methodological management is imp.
Archival and digital searching: what does it allow for and preclude?

How might we recognize digital archives as problematic?
How might we get to archives that don’t have finances for digitalization?

FH should collaborate with DH because they share their concerns.

Aspasia (historical female very important)
1880s and 1890s came up and was strong, high
“Pericles and Aspasia”
also shows texts that she was mentioned in

Tool is fun and addictive.
Whole-heartedly concur that it is “gateway drug to DH”

Allows FH to do something they haven’t been able to do before.
Supports exigency that female rhetors have been forgotten.

Forgetting is not erasure. It is remembering differently.

Offers methodology for seeing how female rhetors were remembered differently in the past, when they were not forgotten.

All tools are gender, race, and class cultured.

Use tools “with a renewed investment in feminist theory.”

How did digital tools come into purpose and why did they make them? What were their goals?

Digital scholars may say that DH should do work DIFFERENTLY.
Make full use of visual, aural, and dynamic media.

Even though feminist historiographers would find it interesting, would prefer to leave it up to DH because the learning curve for using this tech is too high.

However, can engage in a different way.

FH have analyzed and written about women’s non-traditional rhetorics, but have rarely engaged in them ourselves. Engaging with DH would shift our focus to methods through which we offer it.

What are the responsibilities for FH to interrogate attachment to both studies and audiences?

for Ridolfo and Hart-Davidson:
How did these archives arrive?

Great-grandson of original donator to Michigan State University came to join the archive experience.
Unusual because scholars traditionally lied and tricked folks out of their collections.

for Wysocki:
Land-based connection, geography connection? You didn’t talk about it. Are you looking at it?

No one in museum studies that I have found references the geography connection.
But I am studying this.
Navajo in New Mexico, for example.
Moving through and connections between movement, also in terms of the gesture of Benni in the reading.
Game architecture, spaces for movement and spaces where stop and do something.

for Enoch:
New tech that often benefits women, because can give cheaper access.
You seem to be talking about a way that DH is good. But the archives are expensive to get access to. So isn’t that going to short-change FH again?

obscure Chicago newsletter
are expensive
but issue is the lack of identification
FH has said: “You don’t write history through multimodal corridor and we don’t do research this way.”
How are people using databases to do FH?
We need to be looking at the possibilities of using and engaging with the DH tools and archives.
We haven’t been engaging with these.
Learn methods better -> including digital archives

for Enoch:
also depth of gendering to approaches
Need to say “I’m going to learn it.” cyber-feminists argument
Need to discuss, examine gendering of these archives. What would a feminist creation of these archives look like? including scripting languages, building of tools, etc.

Have to be at the table. How is “sentimentality” being described in this emotional search of the archive?
Need to learn the tools and the languages…

for Enoch:
Camera showing how the archive is searched, examined, and created.
Show the process?

When applying for grants, do theirs look better because they are doing digital and I’m looking at attics?

from H-D: big implication is that these are projects that require infrastructure and how we deal with…
Haven’t published a single-author work in 4 years. Because the DH collaborative is essential. Epidemiologist and computer programmer…

from Wysocki: Don’t want to lose those small scale projects.
Need to get the taste for “not the grand projects,” but show the labor that goes into them. Keep the room for “I only know how to do X.” (like HTML)

3 thoughts on “MLA: Rhetorical Historiography and the Digital Humanities”