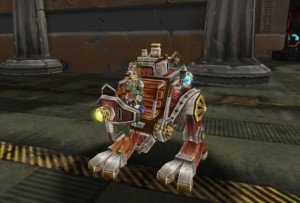 Based on English 115W: Digital Narrative and Virtual Reality
extensive use of social media
worldsofwordcraft.wordpress.com
40,000+ hits
Design and build an online game in the final three weeks of the semester.

Remediation:
Substantial benefit accrued by multiplying number of media used in classroom.
Bolter and Grusin Remediation
“the representation of one medium in another” (45)
Remediation highlights formal features of narrative in unexpected ways.

To move them from “fidelity” issue in adaptations from book to film, toward thinking about formal differences of the media, is a challenge.
Adding three or more media makes the problem disappear for the classroom.

How does juxtaposing 3 media help? 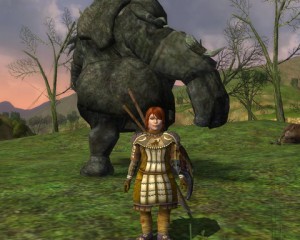 character standing in the game, in a rather well-known spot, 3 stone trolls

Game is quite faithful to Tolkien.
Movie not so much.

Talk about Space and Time with students.
In virtual world, seeing virtual word brings home to player (student) control of space. Various 3D control. Took different pictures of the Stone Trolls to use in the classroom.
Question of faithfulness to the book is just exploded by the ability player has to live in the world of the game. Also the sense of controlled space is brought home.

Second half of semester turn to Steampunk.
Steampunk: immensely popular genre of science fiction, remediates Victorian Era and populates it with machines
“the Difference Engine” 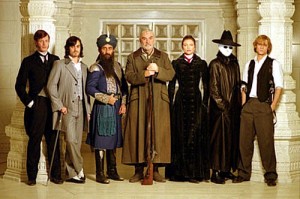 Take this Victorian material and create an online game.
Steampunk Online was the name of the game.
Only did this one semester so far.

Sword and Sorcery game. Fantasy. Derivative of the Tolkien universe. But allows you to customize. Were able to change environments to more Victorian.

Divide class into groups of three. Five groups. Each responsible for an area.

Go through the process of creating the game.

Process:
Storyboarding– spend time in class deciding spatial arrangements of the areas in the game
What you understand when you have to create a narrative game, you have to figure out where it takes place. Where each zone is. Relation. How character moves from one zone to the next.

Spatiality becomes relevant (from first half of semester).

Zones roughed out in drawings by students.
Using the toolset makes their rough drawings very beautiful, because you use already created stuff…

Enter game through a Victorian replica of our classroom.
The door takes you to Soho square. Near Dr. Jekyll’s laboratory (in literature).

Going through the door, you are set upon by a very irritated Mr. Hyde who renders you unconscious. You wake up in Dr. Watson and Mr. Holmes’ home.

Advantage: Students have to go back to text again and again to figure out what to include. Chemistry set in Holmes’ rooms.

Students have to write a Game design document which is posted. (30 pages)

In the apt you find there has been a disappearance outside of Richmond. Students speculated The Time Machine takes place. Disappearance is of the time traveler.

There you discover the time machine. (Students created the game narrative.) Then you go to Land of the Eloi. Taken to the Eloi home. Remember, no floor, no ceiling, grass.

Sent on a quest to the ruins of a museum, called the Green Palace. Students designed museum and layout. This is where you first encounter a Morlock, in the story and the game.

In game you must go into caves of Morlock to encounter them, just as in novel.

Game ends when you rush pell mell into the distant future. Find a land populated by monstrous crab-like creatures and things do not end well. (So you can’t have an Epic Win, only an Epic Fail, in this game.)

Designed as a multi-year project. That is the architecture the students have created would be the basis for future classes’ work. 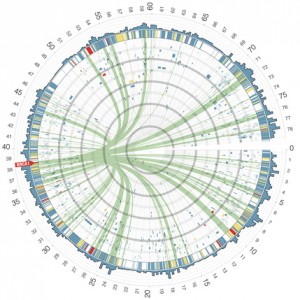 Intersections of our talks, esp in juxtaposition.

Data that is a conduit to narrative in affect and not its neutralizer.

I kept it outside of X. Unfortunate.

Data visualization as a …

Chris Jordan’s visualizations and Cormac McCarthy’s X
Data visualization might be in contrast to descriptive practices.
Argument not just about the artists.
Pedagogical implications: show fungible workings of this narrative device

depends on referentiality and affectivity. Ethical dimensions.
Coming at this as a scholar of environmental literature.

Jordan’s TED talk, Feb. 2008, “take these statistics from the raw language of data, and to translate them into a more universal visual language, that can be felt”

Gathering, collating, and X the work.

Most important to Apprehension in narrative theory of mastery and control.
what description is and how it works
extensive description betrays impulse to control what is external
Fleissner: “compulsion to describe”
“endless excessive attempt to gain control over one’s surroundings that reveals one’s actual control”

Who commands the control of information?
Answering this loosens distinction between two forms and proves centrality of words(?) to both.

“[Novelistic description] seeks to capture, to arrest within the moment”
Banfield “Describing the Unobserved”

Note: Capitalization limited to start of sentences. Why? Grammatical change of projection. Issue noticed at college and churches overhead/projection.

How do descriptive practices either reinforce human mastery or inculcate a sense of self-restraint?

What can reading across media and for both form and ethics show us about the pathways between representation, knowledge, and ethics?

plastic cups, 2008
1M cups used on flights in US every 6 hours
from afar appears to be pipes
But composed of stacks of cups. You have to focus in or see it at the museum.
Viewing in is meant to force viewers to see relationship between the one and the many.
Art is meaning to kindle awareness, but brings awareness to the art as well. ?

Compare to:
Cormac McCarthy’s Blood Meridian: The Evening Redness in the West (novel)

Judge is a violent polymath who thinks he can escape from strictures.
Judge not a tree hugger. Botanizes in response to threat to human control.
quote from page 199 “No man can acquaint… insult to me.”
Do the judge’s beliefs account for novel’s experience?
Travelers take in view. View consumes the writer.
“Dawn saw them deployed in a long file over the plain…” (42)
“The white noon saw them through the waste like a ghost army…” (46)
Non-human subject diminishes appropriative drive of the judge’s program of knowledge-creation as domination and overcomes it.

What claims to knowledge do different media technologies make through their form?
Drucker “neutralization as…”
Students read literature for knowledge.

How do formal practices slip out of alignment with social and environmental projects?

“My name is Alice. I’m 13 years old.”
I must have been dozing… “Better Looking, Closer Reading”
appeal to broader spot of human sensorium
as students read online enhance their ability to read at all

Can it help us become better people?
One that might be worth making in an institutional environment in which literary studies is having to argue for its worth/contribution.

Recent reforms led to focus requirement of critical ethics. Depts are expected to run ethical courses. Profs have to explain how course meets hallmark of ethical judgment.
Served for 3 years on review board. Having to advocate on behalf of humanities. Seemed unacceptedly vague.
For folks largely focused on ethics of/in work experience, literary ethics seemed too removed.

what might lit crit have to say about moral question as posed in a literary text?
ethical turn in lit theory
sophisticated accounts of ethical imagination of reader in theory

Steve Akbockers? who? discussion of Coetz’s Disgrace
“taste impossible status”
“reading in this special sense is sacred”
reading is not only an event but a task
Task provides bridge of online and print reading.

Jonathan Safran’s work: adverbs extremely and incredibly crop up in the text
(5) limousines were extremely long they wouldn’t need drivers
“stuff that happens to me”

Can I stimulate experience of “implied author”?
para-text of the novel’s title and notable features of the narrator’s ideograph

In Inanimate Alice, doll becomes connected with narrator.
Also the doll is strewn throughout the reading.
in pocket of a mafioso –clicking on the doll invokes Alice’s game
Adds kinesthetic and urgent element to the plot.
Unless you have rescued all the dolls before you get to the end, Alice and her parents won’t be able to escape through the checkpoints.
To get them through, you have to re-read and rescue all the dolls you missed the first time.
Makes reader responsible for the “event and task of fiction.”
Would I have ever thought of clicking on the dolls? I am not sure.

engage moral empathy and sympathy
ethical agency of narrative empathy –new study in lit theory
but meta-empathy, affective insight, felt before known or articulated, but something you can discuss after it has happened and trace it back and explain it based on what spurred it
meta-narrative can help recognize rhetorical dynamics that are intended to be affective (and succeed in being affective often)

Being able to identify how the narrative are set up to create affective responses helps us to avoid the authorial attempts to control us as readers.

Pedagogical payoff for online readings… not a matter of staying up to date nor a pandering to interests of students” but to multiply structured opportunities to reason about our essentially irrational responses to the world.

Have to find authentic, not cynical, ways to connect the close reading experience. will help save our discipline

Is the creation objective?

Avoids aesthetic question by choosing works that are clearly aesthetic.
Visualizing feelings… subjectivity is necessarily embedded
Do need to study how the subjectivity is embedding in the works…