I am working on a retrospective of my first year composition classroom experience. As the pieces get done, I will add them here. I will try to remember to take out things that won’t be relevant to readers of the blog, but overall it should give you a good look at one professor’s experience totally revamping a freshman composition course. 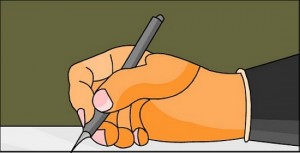 I am including things as To Do that I have already tried in the past or think that I could do that would serve to strengthen the course.

Success: The two unstated objectives were actually the first I attempted to meet. Since the first minute of class sets the studentsâ€™ perspective of the teacher for the whole semester (Ambady and Rosenthal), I was in class early, was dressed professionally in a suit with a colorful blouse, had the computer and projector on, and smiled and said hello as students arrived. We chatted about things like the difficulty of finding the classroom, as well as on more pleasant topics such as seeing folks we knew from other venues and opening chapel.

Tech: The Digital Storytelling course I took in August, just before school started, gave me the tools I needed to introduce myself. I created a video introducing me and my connections with the university. Using the knowledge I had gained, I began the course with a strong technological connection.

Success: I spent about ten minutes of the class going down the roll and asking students the typical hometown and major questions. I also asked something else, such as favorite color, number of siblings, and, if they were from College Town, for restaurant suggestions. Then I went back through the roll trying to identify the students without them telling me who they were. I was over 50% and for those whose names I did not remember, I could still tell some fact about them.

Students then broke into pairs with people they did not know for ten minutes. I gave them a set of six questions as starting points and the students interviewed each other, taking notes as I suggested. After that, students introduced the student they had just met and gotten to know to the entire class. 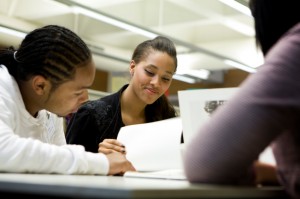 This gave everyone three different opportunities to get to know the names of the people in their class, with additional information offering hooks for remembering.

To do: Something I did not do in the fall that I have done before and will do next time I teach 111 is to have a quiz on the third or fourth class meeting over studentsâ€™ names. That means that each class meeting I will need to spend about ten minutes reviewing names, asking additional questions, and trying to lace together names with faces.