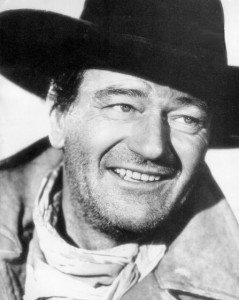 1948, when I was 5 years old, saw Red River
The only Western I had ever seen where there was no bad guy. John Wayne was the good guy, as well as the bad guy.

1950s There was no such thing as a film teacher. 1968-1972 cultural revolution when film became accepted as an academic endeavor…

late 1960s first teaching job, graduate assistant teaching, an English teacher, then I created the next year the first English class on film

How long it took film to be treated as an equal to the literary arts. 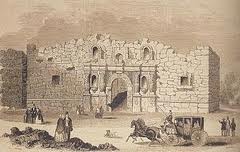 Also confusion: film as English? film as drama? film as watching/studying/analyzing film as a form of literature?

Fell in love with Texas through the Alamo movies.

Disney had his movies begin with opening a book. There was a focus on encouraging those who came to films to read.

1 of 6 cowboys were African-American
Deadwood Dick

Why did it happen in the 70s?
In the Heat of the Night 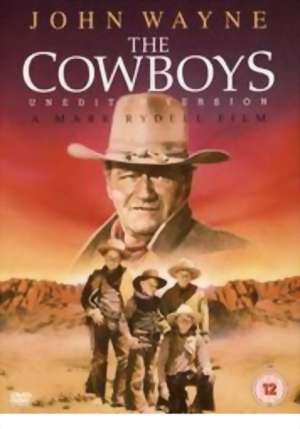 Larry McMurtry wrote Lonesome Dove around this time. One of the major characters was African-American.

In the 70s racism, anti-semiticism, etc, became less. Brode believes it was partially because of the film.
No American commercial film can ever get into the mind of characters the way literature can do. (Like Joyce’s Ulysses)

Film does something that books don’t do as well–showing the look of a place.

Most of the people in Hollywood are not racist. (Were not racist.)
But they didn’t support civil rights strongly.
If you went back to the 40s and 50s, even the early 60s, in the South, films were censored. If African-Americans

Jack Benny starred. Rochester was his manservant, but Benny treated him as an equal. 1930s. The South wouldn’t show the movie

1955 The Last Command John Wayne– great dignity for Mexican-Americans, but did not deal with African-Americans

1960 The Alamo, John Wayne, first Alamo movie. First movie ever to include African-American in the defense of the movie. The Tejanos were emphasized as defenders of the Alamo as well.
This movie was released for the entire country. This movie created an African-American slave who was freed and defended the Alamo and died in the defense. This was a huge risk for the movie company and the actor as well.

Sam Eliot’s 1983 movie Houston, fight at San Jacinto, Juan Seguin leading the troops, very accurate.
Freedmen, African-Americans, Latinos were mixed in this movie.
There were at least 7 African-Americans who fought at San Jacinto on the side of Texas.
Santa Anna comes out of the tent and an African-American woman comes out of the tent after him. Obviously had sex with Santa Anna.
Lamar’s group (which Lamar, Texas is named after) was led that day by an African-American.
Watch what the woman who was with Santa Anna does for the Texans? Was the lady a prostitute, who joined for money? Was she a slave, who had no choice? OR Was she a spy for Sam Houston? She actually (and in the movie) pointed out which direction Santa Anna ran away in? People in 1936 and 1937 said they saw her on the battlefield. Most movies took her out. (Well, because they wouldn’t want an African-American woman to be a hero.)
The entire battle lasted 15-17 minutes. The Texans were outnumbered 5 to 1. But they had the element of surprise.

A lot of the Alamo stories are told as race stories.
The Texas war was fought because the Texans came in 1821-1823. There was a Constitutional government. Santa Anna had been a duly elected president. Santa Anna got rid of the legislation. He put the eagle and the snake on the Mexican flag.
Families were divided over whether they should support the Constitution.

“The Yellow Rose of Texas”
“She’s the sweetest rose of color this cowboy ever knew.” It was a love story of a mixed-race romance. May have been Emily Morgan. (Emily Morgan Hotel in San Antonio.) May have been Emily ?
“yellow” means colored… (Think about Australian reference to the aboriginal peoples referred to as yellow.)

History is lies we have agreed upon.
History is literature, because it is always for an audience, from a point of view, etc.