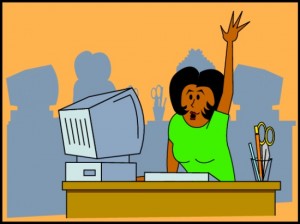 I taught an introduction to linguistics course for the first time ever this year.

The difficulty level of getting a course you haven’t studied for 20 years two weeks before class starts is high. Thankfully, the professor who had taught the class for the last 20 years not only helped me with the syllabus and calendar, she gave me all her linguistics texts and her entire file folder of relevant studies and information on the course. She also met with me once a week to answer questions I had about the course, when I had finished preparing for the next week. Even with all her help I spent at least the first six weeks of school spending 20 hours a week preparing for the class.

By the end of the class we were studying things I already have an interest in and so I felt more prepared for the class. Then I would spend a few hours a week preparing. That’s more normal.

What went well and what else might I do with it?
RATs The idea of quizzes that the individuals took themselves and then took as a group was a positive one. I thought it was somewhat a waste of time at the beginning, but really the folks who thought they knew the answer talked through their different decisions. I am much happier about that now.

I may even integrate RATs into my literature course.

2 Research papers The two papers were a good idea. I like the idea of requiring primary research for Paper 1 and students did a great job with that overall. 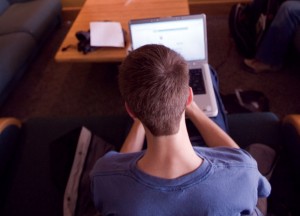 Self-created quizzes For the last two chapters, I had students write out their own quizzes. There were true/false questions (10 per student) and a single essay question with the answer. These were the last two RATs. I think overall these worked well.

They also gave me a test bank of questions to use for the exam and/or for next semester. I think one good thing to do would be to have the students do this for one chapter per exam. Self-testing helps the students do better on exams. This is one way of requiring it without having the students do additional work.

This semester I had the 10 true/false as open book and the essay question during class. I think that works reasonably well.

Graduate requirements Graduate student report Requiring the graduate students to give a conference level presentation (15-20 minutes) over their first paper is also a good idea. They must figure out how to limit the 12 pages they wrote to 7 for the talk. They must also reconsider the roles of writing and speaking.

I might also see if there are other classes who might incorporate the same thing and have our students have a colloquium on campus when everyone is presenting their research.

What will I do differently, why, and how?
Study guides The study guides change based on the book used and I really didn’t have the time to create study guides that aligned with the book and learn the material myself.

Next time I teach the class, though, the study guides would be an awesome review option for me and would be helpful for the students, especially as it would be for each chapter or topic.

In addition, assuming I ever offer a cumulative final again, I would not have to create a new study guide, but could simply have the students look through the semester’s study guides for help.

Practice exams There did not seem to be a lot of value in having the practice exams before the exams. It was somewhat useful, if the students took it individually and then retook it as a group, for the same reason the quizzes were good.

Perhaps I will continue to do that for test one, but after that I think I will do something different. From now on I will put the practice exam up an entire week before an exam and take it down the day of an exam. That means if the students want to look at it to study they can. They can even ask questions about the exam in class, during the class before the exam. But we won’t be spending time taking a test as a quiz grade. 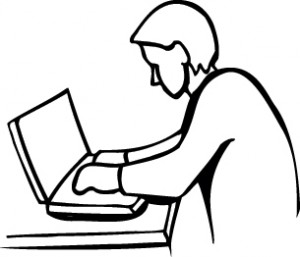 Blogging The former professor had multiple blogging assignments at the end of the semester. I did not actually get to all of them. I was trying to make the load lighter. I figured out, however, that the students were just not doing their class work until right before class, so I think that I will reinstitute blogging.

The students will be asked to find something in each chapter (after the first test) that interested them and read an article on the topic. A strong popular article was just as acceptable as a scholarly journal for this and I think I will keep that the same.

Blogging addition I offered as extra credit finding an article or cultural artifact that related to the readings and posting on it as well. This worked for the better students, but not even all of them took advantage.

If I do the latter, which I am leaning towards, I will give more points to those who have posted before the week of the exam. That will allow others to be able to comment outside of exam time.

Graduate requirements Blogging Blogging is something I can utilize for all the students better. For the graduate students, I think I will start requiring that they read one schlolarly article (or something really good from the files) each week and post by Friday noon. They will have to summarize the article and discuss how what was said in the article works with what we are talking about in class. They will also have to give a correct citation for the source.

Then I can add to the other students’ assignments that they must comment on the blog posts once a month. Additional comments, substantive and related, within that month will count as extra credit.

Graduate requirements Papers I think requiring the graduate students to do papers that are twice as long as the undergraduates was a good idea. I think having them write a literature review on a particular topic from the second set of research options as the second paper is also a good idea.

Next time, I will require twenty sources and they must have ten within the last ten years. If they start with those, they will have a much easier time determining which are the seminal works, by seeing which sources are cited most often by those ten.