I am reading The Progress Principle by Teresa Amabile and Steven Kramer. Interesting book.

But one part in particular made me think of creative writing professors, so I thought I would pass it on–in case you haven’t heard it already.

For one experiment, we recruited seventy-two creative writers. When they arrived (individually) at the psychology laboratory, they all wrote a brief poem on the topic “Snow” (after all, it was Boston in the winter). We used these poems as a pre-measure of creativity, before we altered the writers’ motivational state. Then we randomly assigned one-third of the writers to the extrinsic motivation condition. We gave them a short “Reasons for Writing” questionnaire that asked them to rank-order seven reasons for being a writer; all of those items, according to previous research, were extrinsic, such as, “You have heard of cases where one best-selling novel or collection of poems has made the author financially secure.” The rank-ordering was irrelevant; the point was to have these writers spend a few minutes getting into an extrinsically motivated frame of mind. One-third of the writers filled out a “Reasons for Writing” questionnaire that had only intrinsic reasons, such as, “You enjoy the opportunity for self-expression.” The final third of writers (the control group) spent a few minutes reading an irrelevant story.

Then all of the writers wrote a second short poem on “Laughter.” After all seventy-two writers had participated, a different group of twelve writers independently judged the creativity levels of all poems (without knowing which had been produced by whom). The results were simple and clear. Although the pre-measure poems showed no differences, the set of poems produced by writers who had contemplated extrinsic reasons for writing were significantly lower in creativity than the others. In other words, intrinsic motivation was more conducive to creativity than extrinsic motivation. (Amabile and Kramer 945 of 4705)

The experiment is reported in T. M. Amabile’s “Motivation and Creativity.” 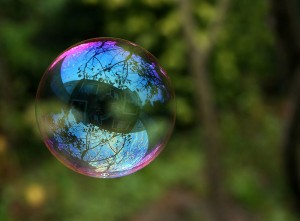 Just thought it was fascinating and so worth retyping!

I also sent it two colleagues I thought might appreciate it.

I am trying to practice the positive sense-making that leads (according to the authors) to a creative streak longer than the positive mood lasts. I actually re-visioned something that happened in class this afternoon to find a positive way to view it and it helped improve my day significantly.

Can we help our students be more creative on their exams in this way? I am going to have to think about it.