Why Fiction is Good for You

Until recently, weâ€™ve only been able to guess about the actual psychological effects of fiction on individuals and society. But new research in psychology and broad-based literary analysis is finally taking questions about morality out of the realm of speculation.

This research consistently shows that fiction does mold us. The more deeply we are cast under a storyâ€™s spell, the more potent its influence. In fact, fiction seems to be more effective at changing beliefs than nonfiction, which is designed to persuade through argument and evidence. Studies show that when we read nonfiction, we read with our shields up. We are critical and skeptical. But when we are absorbed in a story, we drop our intellectual guard. We are moved emotionally, and this seems to make us rubbery and easy to shape.

iPad in Education: Resources Worth Exploring 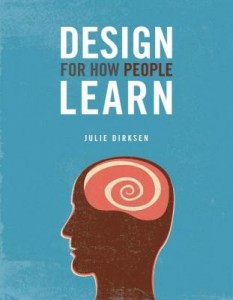 (2) Design For How People Learn.
This book is quick and easy to read. If you are already well-read on e-learning and the brain and memory, etc. then there may not be much new here for you, but it has good material for professionals and students that can help them understand how people learn and how to design learning experiences (like presentations) that do a better job of engaging audiences. For me it was an interesting review of many of the key concepts in e-learning. A much deeper (and expensive) related book is e-Learning and the Science of Instruction.

So the problem isn’t that college professors don’t work hard–clearly most do. The problem is that the working lives they lead more closely resemble the working lives of writers, artists, and musical composers than they do of the working lives of other upper-middle-class professionals: odd hours and feast-or-famine working schedules; bursts of creative intensity punctuated by relative idleness, long periods that can strike outsiders as unproductive but that actually generate intense creativity down the road. Someone–students, parents, taxpayers, managers of university endowments–has to pay for this sort of lifestyle, of course. Someone has to judge whether one of its end results–reams of scholarship that, as Mark Bauerlein has argued on Minding the Campus–may be “superb” in quality but seldom gets read or cited–is worth all the expenditures and the apparent waste.

Not sure I agree with this, but it is something to think about.

It probably comes as a surprise to most people to find out that the earliest extant manuscript to include any text written in the Ogham script is an early 12th century English manuscript copy of a work by the late Anglo-Saxon monk Byrhtferth (ByrhtferÃ°) rather than one of the more famous Irish manuscripts that include descriptions of the Ogham script, such as the Book of Ballymote or the Yellow Book of Lecan. But although the origin of Old Irish texts about Ogham such as Auraicept na n-Ã‰ces (“The Scholar’s Primer”) and In Lebor Ogaim (“The Book of Oghams”) undoubtedly predates Byrhtferth’s work, the only extant manuscript copies of these texts are later than the Byrhtferth manuscript.

I had never heard of it, but I want to learn more about things, so this was very relevant to me.

There is also a video of the diagram being used in television.