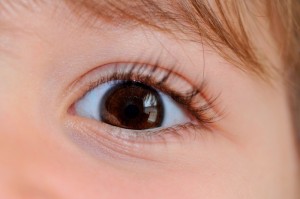 Religion has always been characterised as much by embodied experience as by abstract theological dispute. From the sounds of the adhÄn (the Islamic call to prayer), to the smell of incense in the Hindu PÅ«jÄ (a ritual offering to the deities), the visual emblem of the cross in the Christian tradition, and the ascetic practices of Theravada Buddhism, sensation is integral to a range of devotional practices. At the same time, the history of many faiths is characterised by an intense suspicion of the senses and the pleasures they offer.

This international, interdisciplinary conference, to be held at the University of York from 21 to 22 June 2013, will bring together scholars working on the role played by the senses in the experience and expression of religion and faith in the pre-modern world. The burgeoning field of sensory history offers a fertile ground for reconsideration of religious studies across disciplinary boundaries. We welcome papers from anthropologists, archaeologists, art historians, historians, literary scholars, musicologists, philosophers, theologians, and any other interested parties. Possible topics might include, but are by no means limited to:

– Synaesthesia: how do religious rituals blur sensory boundaries, and challenge sensory hierarchies?
– Iconography and iconoclasm: how might we conceive the â€˜rites of violenceâ€™ in sensory terms? How does iconography engage the non-visual senses?
– The senses and conversion: how are the senses used to elicit conversion?
– Material cultures of religion: what role do the senses play in mediating between bodies and sacred objects?
– The senses and gender: are sensing practices gender specific?
– The inner (spiritual) senses: how do they relate to the external (bodily) senses?
– Sensory environments: to what extent do environments shape devotional practices and beliefs, and vice versa? How do we use our senses to orient ourselves in space?
– Affect: what role do the senses play in the inculcation of religious affect?

Proposals (max. 300 words) for papers of 20 minutes are welcomed both from established scholars, and from postgraduate students. Applications from panels of three speakers are encouraged, as well as individual proposals. They should be sent to conference organisers Robin Macdonald, Emilie Murphy, and Elizabeth Swann at [email protected] by 6pm on 5 November 2012.

in Switzerland:
University of Bern, Switzerland
contact email:
[email protected]
The study of the historical and cultural formation of the senses has attracted increasing scholarly interest in recent years. We invite abstracts for 20-minute papers from medievalists and early modernists (in English literary and cultural studies or in linguistics). Topics may include but are not limited to
ï‚· sensory environments
ï‚· sensory metaphors
ï‚· sensory hierarchies
ï‚· sense impairments
ï‚· gender and the senses
Papers might explore
ï‚· how sensory experiences are expressed and ordered by language
ï‚· how literature grows out of and evokes sensory experiences
ï‚· how sensations were interpreted in the late medieval and early modern periods
ï‚· how the meanings of sensory terms have changed with time
ï‚· how the knowledge of sense perception was transmitted
To maximise the interaction among the conference participants, there will be no parallel sessions. The concluding session of the conference will include a panel discussion of the outstanding problems in the fields and the trends for future research.
Confirmed keynote speakers
Professor Vincent Gillespie, University of Oxford
Dr Farah Karim-Cooper, Kingâ€™s College London
Professor Richard Newhauser, Arizona State University
Please send abstracts to [email protected] by 15 February 2013.