I am overwhelmed by the work I am doing. I am not sure it is more than I have done before, but I am just too busy to even sit down and think most days.

So, I decided I would try to figure out what I was doing and what I had done and see if I just forgot how busy I was before.

2009-2010:
Three years ago I taught a 5/5/2 load; wrote and had published six articles, two reviews, one chapter, and one book; created and published a digital poem; gave ten conference presentations, seven of which were national or international conferences; mentored a new PhD through multiple conferences; read entrance exams for the graduate business department; served on the writing committee; spent six hours a week in office hours; held those office hours on a couch after the hurricane destroyed several buildings on campus and did severe damage to the one I was officed in; lost my mother; and wrote and presented several poetry readings.

2010-2011:
Two years ago I taught a 4.5/5.5 at an inner city community college, including two totally new preparations; created, launched, and arranged a monthly update for an online literary journal; organized a panel for a national convention; gave three regional, one national, and one local conference presentations and one invited talk; served on the Executive Council for a regional conference; read for AP Language; won a competition for creation of a proposal and white paper for the college’s QEP plan; attended QEP meetings and wrote a complete QEP proposal and white paper; served on the committee for online textbooks; held office hours ten hours a week; created and published a digital poem; and wrote and published two articles, two poems, one review, and two chapters. This was while driving in one-hour each way from the suburbs to downtown and taking my stroke-limited father to lunch at least once a week. (Thank you, HCC-Central, for working on my schedule so I could do that.)

2011-2012:
Last year I taught a 4/4 load, which included having four classes of students to my home and teaching five composition classes (four fyc and one business writing); taught four new preparations, including a course in an area which was a minor interest in undergraduate and PhD, but whose topic had been off my radar for over twenty years; spent two hours a week in a conference learning to teach that preparation; resurrected an honors society and held four events with the newly re-created group; created and updated the honor society blog; contributed to the departmental blog; wrote one article which was published and two chapters which are in press; published three poems; wrote four grants and won two of them; gave four conference presentations and did three original poetry readings, two digitally; served on the Executive Council for one regional conference; created and updated the website for a regional conference, including creating original art for the site and acquiring online payment abilities; was chair and organizer for two regional panels; read for AP Language; created and gave a presentation for graduate students on conference presenting; acted as a graduate student mentor for two in-coming graduate students, which included reviewing papers, suggesting conferences, having them over to my house, and taking them out for lunch; participated actively on the departmental library committee, with full responsibility for rhetoric, composition, and linguistics acquisitions; participated in the composition committee; read for freshman and graduate student assessment evaluations for SACS; took a digital story-telling professional development class; took two photography professional development classes; attended twelve professional development luncheons; beta-tested a new CMS; held office hours seven hours a week, met in conference with all my fyc students twice, and stayed in contact by email and texting with the students from 9 am to 9 pm seven days a week; and studied twelve professional development books. 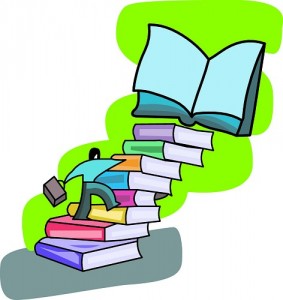 2012-2013:
This year I am teaching a 4/4 load, including one new preparation this semester of a graduate class in the history and theory of rhetoric and four different preparations next semester and teaching one of the classes with totally online texts; classes next semester include a new book, so a total revamp of a class I have only taught one semester before; creating an iBook for Early British Literature; teaching a class with the brand new iBook; serving on the Executive Council for one regional conference; updating the website for a regional conference, including changing the online payment and registration abilities; creating the program for the regional conference and organizing and creating a digital presentation showcasing student work from our university; advising students!!!!; participating actively on the library committee, the UG research committee, the composition committee, and the business writing committee; presenting for two conferences, both regional and both on technology–the focus of a grant I won…

I am behind in my writing and being accepted to conferences. I received an R&R I have not gotten to and I am supposed to be revising my dissertation and getting it to the publisher by the end of the year. I have no conferences next semester and no abstracts out for writing or presentations.