Invented a Robin Hood and culture UG class.
Taught a Robin Hood seminar in 2011.
Visual side of the middle ages. 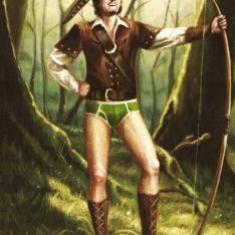 What did a Late Medieval audience think RH looked like?

There were paintings or artistic representations of RH.
One 15th C will gives a Robin Hood painted canvas to a family member.
But even if this was one of many, none of them survived.
We have no paintings or sculptures that we are sure is Robin Hood.

Interesting. I did not know that.

There are representations of other players in the RH adventure around.
The Betley Window in the Victoria and Albert Museum has Morris Dancer, Marian, Friar, but no Robin Hood. 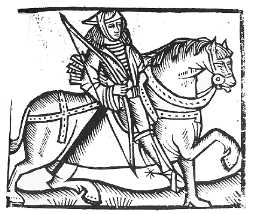 In the 1490s there is a publication of Chaucer’s Canterbury Tales in which the Yeoman is a standard woodcut and that same woodcut is used to illustrate RH in a 1490s Pynson book on RH.

Text of Chaucerâ€™s â€œGeneral Prologueâ€ describes the Yeoman:
(yeoman = Robin Hood)
cote, hood of green
sheef of peacock arrows
under his belt
dress the takes yeomanly
baar a mighty bowe
brown visage (his head- hair? or tan?)
wodecraft
arm a gay bracer
swerd and a bokeler
gay daggere
Cristopher on his breast of silver sheen
bawdryk was of green
a forester 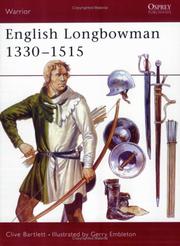 Dr. Stock used a lot of examples from Bartlett’s English Longbowman book. The presentation was interesting enough that I ordered the book.

Then she suggested other places we can look for determining how Robin Hood might have looked.

One example was the “Archery Festival” by the Master of Antwerp in 1493. 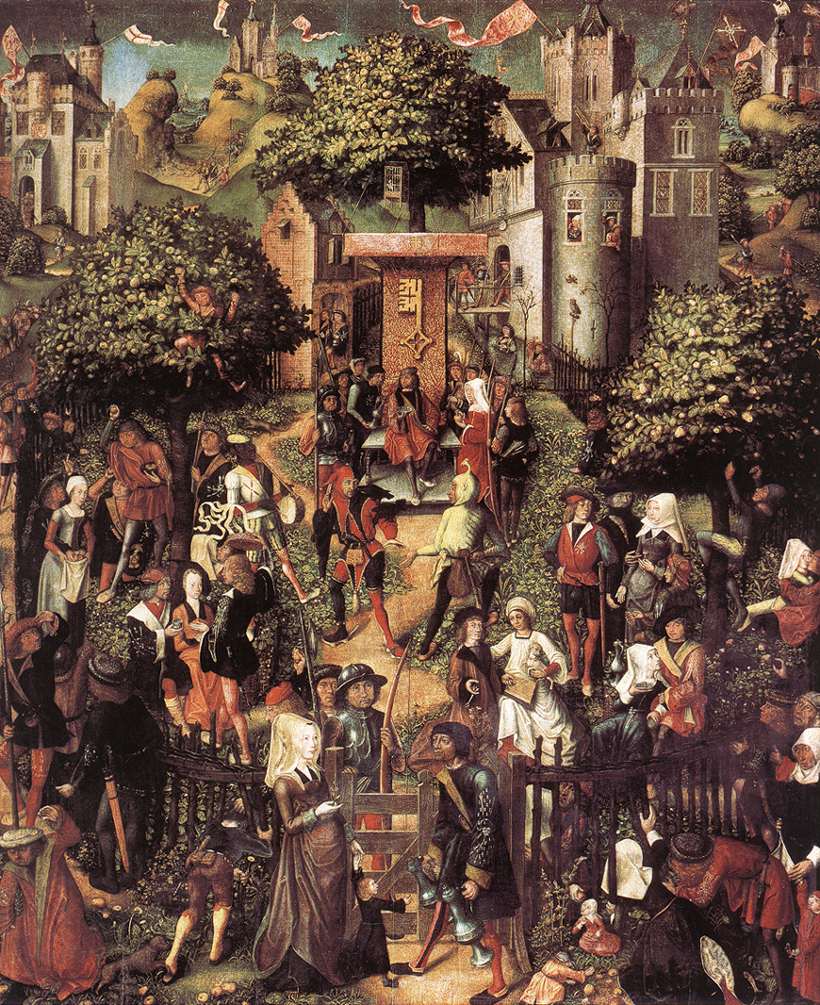