Just this last year I realized that I chose to become an English professor (which I love) because of a gender bias in the environment in which I was educated. I’m a thinking woman. My grandmother was a victim of gender bias in higher education, so I have almost always been aware of it. But apparently, I did not recognize the gender bias I had imbibed through the educational system.

When I was a sophomore, I was taking classes at a university where–due to the vagaries of the bureaucracy–I was unable to take the classes I had intended to take. So I ended up in several junior and senior level biology classes. They were hard. But I adored them! (One had 70 students in it. Of those 70, 9 passed. I made a C–even though I had never taken a chemistry class in my life and both college biology and chemistry were prerequisites for the course.) I fell in love with biology.

However, I wanted to be a professor. My choices, as I saw them, were to be a biology researcher OR a professor of English. I chose English. I don’t usually regret that choice. It was certainly easier to reenter the field of English than biology would have been. But I do think about how limited I was based on what I saw and understood to be happening around me. I didn’t even realize I should be able to choose to be a biology professor.

Mostly there are women in every field now, even if they aren’t there in equal numbers. But what about what needs to be done to get T&P? I had not thought about that much. (A little, but not a lot.) Then I saw this post in the Chronicle of Higher Ed. It talks about the gender gap with women in publishing in academia. It brought up several points I wanted to discuss.

Scholarly publishing, more than anything else, is the measuring stick of professors’ research productivity. In the humanities, it’s usually the monograph. But in the hard sciences and in many social sciences, it’s journal articles. 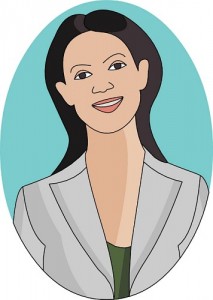 Yes, it is true that R1s especially expect a monograph in the humanities. However, SLACs and CCs expect publications these days too. It does not, however, have to be a monograph.

The proliferation of journals, many not available in JSTOR (which the study used), proves that publishing is becoming more of a do and/or die situation.

Also, JSTOR data did not include (among others) English, which is my field. That means the data is not generalizable to the entirety of academia but only to those fields covered by JSTOR. That is an important thing to note because it relates back to biology (as a hard science) and the number of women academics and authors.

The data show that over the entire 345 years, 22 percent of all authors were female. … About 19 percent of first authors in the study were female. Women were more likely to appear as third, fourth, or fifth authors.

Where an author’s name comes is significant in some fields and not in others. Usually, however, if there are more than two authors, the work becomes known by the first author’s name.

I did not know about that in school. I wonder if folks assume we have figured it out now or if they are telling students.

From 1990 to 2010, the percentage of female authors went up to 27 percent. In 2010 alone, the last year for which full figures are available, the proportion had inched up to 30 percent.

So parity is getting closer. But we’re not there yet.

We want to watch this carefully–and not just because of women in academia. The number of women in college is now greater than the number of men. If there are more women in the population, that is great. If there are not, however, we may be inching toward an opposite disparity. Wouldn’t it be good to look out for this and stop it before it becomes as significant as the problem women have faced?

The same year that the share of female authors in the study reached 30 percent, women made up 42 percent of all full-time professors in academe and about 34 percent of all those at the most senior levels of associate and full professor, according to the American Association of University Professors.

What does that mean for women in the field? It means we still don’t have parity in the profession, but I am not too surprised about that. The senior levels often include those (still) who were professors when I went to college. Those are mostly men.

I would be interested in seeing the numbers broken down for how many women are in ft positions at the assistant professor level. Is there equality there? If so, then I think we have to say it is good. We can’t retroactively make women accepted in academia–either as students (like my grandmother) or as professors. What we can do is make sure there is parity going forward. 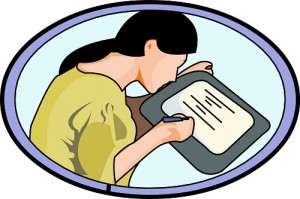 Now, I don’t think that we should hire an unqualified woman over a qualified male (or vice versa) under any circumstances. I do think, however, that the disparity in authorship indicates that perhaps the potential for equality of outcome is not yet there, even if we now have equality of opportunity.