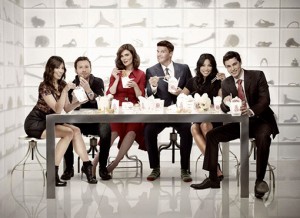 The Geek and Popular Culture: A Love/Hate Relationship

This area seeks to examine the relationship between popular culture and the ever-changing geek or nerd. Topics could include: defining the â€œgeek,â€ the geek versus the nerd, female geeks or nerds, depictions of geeks, depictions of nerds, tropes surrounding nerds/geeks, Hollywoodâ€™s pseudo-nerd creations, the â€œbabeâ€ in nerd/geek television series or films, differences between the two terms and their depictions in television or film, the power of the nerd, the social acceptance of the term â€œgeek,â€ and much more.

Abstracts should be no more than 250 words. The deadline for abstract submissions is November 16, 2012. Pre-constituted panels should contain 3 to 4 different abstracts. All submissions must be made through the conference database at
ï¿¼
http://conference2013.swtxpca.org/. Please include a brief biographical statement (no more than 150 words) in your submission.