Most of the posts I read from Dr. Bessette, @readywriting, I heartily agree with. We have had similar experiences in higher education and her ability to articulate those is amazing. She has a recent post in Inside Higher Ed that I disagree with, however. I think she may be letting her frustration with a particular text cause her to overgeneralize.

[W]hat worries me more is that, in response to falling sales, textbook publishers have started making their textbooks more like the worst parts of the web: garish, busy, and visually over-stuffed.
…
Iâ€™m all for integrating media into teaching, and that includes useful and relevant visuals in a textbook. But to include pictures and â€œvisually interestingâ€ elements to try and appeal to the â€œborn digitalâ€ generation is short-sighted and wrong-headed. 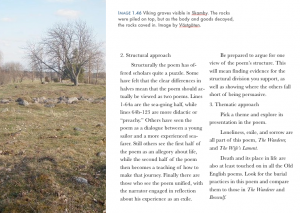 I am not sure that pictures are included because of digital nativity. I, like Dr. Bessette, don’t think that many of my students actually are digital natives. I’m more of an expert on the digital than they are in general–and I remember when computers took up entire buildings and the electricity of NYCity to run.

I think that this generation is very visually oriented, however. They are used to television, not radio, and even their music comes with videos.

Based on readability studies there is no reason to use a lot of different fonts and plenty of reasons not to. And, honestly, how many pictures or graphics or popups can one page have before it is overwhelming?

However, I do think that one well-placed image relieves the stark winter landscape of text for our students and even for some of us.

Of course, Dr. Bessette is responding to a particular textbook, which sounds like a disaster.

The impetus for this post was receiving my new desk copy of a Intro to French textbook I am using in the Spring (oh, Iâ€™m teaching one section of Intro to French in the Spring. SacrÃ© Bleu!). I couldnâ€™t get past the first pages. The first â€œlessonâ€ is about saying Greetings in French (Bonjour! Comment Ã§a va? Bien, merci, et vous? Etc.). For some reasons, it needs 17 pictures, 12 different fonts and sizes, and four different colors.

Despite not having seen the French text, I can easily imagine someone going crazy with the options available in a digital textbook and making a disaster— but I have seen that in print textbooks too. We’ve just had longer to weed those out.

And sometimes, unfortunately, they go too far the other direction, in an attempt to keep costs down or something.

This may be one of those unusual cases where Dr. Bessette and I have not only not had parallel experiences, but have had opposite trials/traumas.

I’ve been dealing with some of those this last year. Ugly covers that my students say (during our discussions of visual rhetoric) scream, “Boring! Nothing to learn here.” Or covers that simply have words and the interior is typewriter font all the way through… Ugh.

Just in case you are interested, I have pics from version 0.5 of the iBook for class and version 1.0 (from the updated templates) embedded in this post. Which do you prefer?

I don’t think either of them are the kind of problematic text Dr. Bessette is talking about–although they might be. I might just be too emotionally attached to my own work to see it. 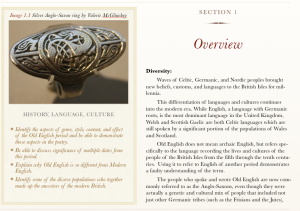