I am an odd bird as an English professor (at least at my university) in that I am both a literature and a rhetoric specialist. For my PhD, rhetoric and composition was my primary field and Old English language and literature was my second field. Unlike some folks, who chose a second field because of requirements, I went into OE because I love it.

At my new university I was hired as a rhetoric specialist. I really enjoy teaching the first year composition courses and I also enjoy teaching the graduate class that scared the bejeezers out of me when they first broached the idea. I would even like to teach something else one of these days… and have lobbied for a political rhetoric course.

So far that is not happening. 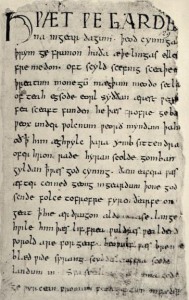 Because they didn’t want me to teach four fyc classes (Thank goodness!), they gave me an early Brit lit course last fall. I was quite happy about that because I like that field.

That is actually more than I expected, based on my chair’s reaction to a request for a lit class when I first came into the department. However, it is possible I misunderstood what he was saying. (It happens. Even to rhetoricians.) I am so glad that he allowed the two classes because it will make my final project for the grant much better. I am very excited about that.

… (Read this as Time Passes.)
A few days ago, I talked to the chair about the university’s iPad Initiative. When we were having discussions about this push on campus, the provost said he would like to have majors courses with iBooks.

I realized that I could take some of the Old English texts I have in the early Brit lit survey course iBook and add others for an upper division course in Old English or Anglo-Saxon literature. Since I am learning on the early Brit lit book, and porting is a lot easier than starting from scratch (though not as easy as it should be–or if it is I have not figured out how), I thought this would be a good use of some of the work I have already done and/or will have finished by the spring.

So I mentioned it to the chair. He thought it sounded like a good idea (huzzah!) and explained what I would need to do to get funding for creating the iBook for that class.

When I looked up what he was talking about, it appeared to me that it was a fall course. We’re scheduling those now. So I emailed asking if he was thinking of Fall 2013 for the course. 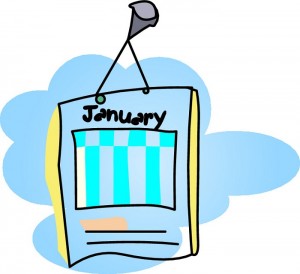 When he answered, the chair said that he was thinking Spring 2014 (which is actually great for me) and that he would make sure that majors knew they could use it for the upper division Brit Lit Before 1700 course requirement, if they so desired.

I am stoked about that, because it means the course will most likely make!

It may mean that next spring I ALSO have four different preparations (like I do this spring), but it will still be fun to get to teach an upper division majors course in my literature field. I think it will be interesting and fun.

I am also a bit concerned about it because the Medieval Literature teacher is an amazingly awesome teacher who is well-loved by our students–and she is a friend of mine. I know she doesn’t get to teach that class every year, but I am also hoping that putting my course in the departmental rotation as an option doesn’t mess up the schedule she has going for her courses. I guess I should ask her–preferably before she reads this post on the net, as she is a regular reader here at TCE.

Update: Turns out the chair spoke to her before he talked to me, so she already knew about it. Very jazzed about the opportunity.