Siobhan’s Classroom as Microcosm talks about wanting to put together chapter books for students ages 8-12. Her list, she says, has not enough boy books. 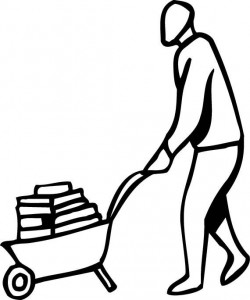 Aliceâ€™s Adventures in Wonderland (possible candidate for the whole-class reading)
Anne of Green Gables
Little House on the Prairie
A Wrinkle in Time
The Lion, The Witch and the Wardrobe
Bridge to Terebithia
Tales of a Fourth-Grade Nothing
Harriet the Spy
From the Mixed-Up Files of Mrs. Basil E. Frankweiler
Swallows and Amazons
The Railway Children
The Secret Garden 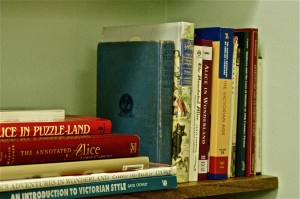 Commenters added some that I would heartily agree with, as the mother of two sons:
Ender’s Game
The Phantom Tollbooth
Charlie and the Chocolate Factory
My Side of the Mountain
The Hobbit

And then they had a bunch I had never heard of.

Six years ago, I did a list for high school students to have read which contains some of the books mentioned in the comments.

Included in those as Must Reads, I would put:
A Wrinkle in Time
Treasure Island
Peter Pan
The Pied Piper of Hamlin
for the 8-12 year old set…

I love thinking about reading!