Edited by Don Ault and Will Walter 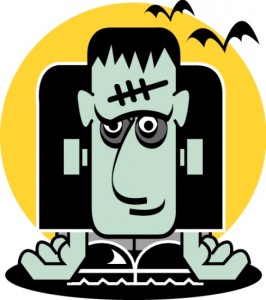 In any crisis, whether economic or cultural, there is a sense of an unimaginable danger right around the corner. These unknown and unfathomable terrors fascinate the imagination and dramatically play out our anxieties in a more cognitively relatable form. We attempt to embody them, to transplant them, or to make them somehow tangible, yet despite the variety of attempts, the underlying anxiety persists. The narratives and forms into which we channel our terrors become our monsters. At the same time, the modes and means of this content production and distribution seem to loom, suggesting changes and mutations around the corner, and the outliers and disturbances in the status-quo make us wary of what’s to come.

In the midst of the first true economic crisis of the 21st century, we return to these sites with renewed curiosity. How can we depict the sublime terror of our anxieties? How can we convey our unabashed horror through image and text, and communicate those feelings across venues and platforms? Why do we keep trying to re-imagine the same monstrous templates, especially when the tools of a craft are perpetually unstable?

The targeted goal of the “Monsters in the Margins” special issue from ImageTexT is to address these issues by welcoming any and all explorations into the representation of monsters in a imagetextual form. As a proceedings issue following 2012’s Monster in the Margins UF Graduate Comics Organization conference, we invite papers from both panelists and speakers at the conference, as well as scholars who did not attend the conference. All articles relevant to the special issue topic will be judged on merit.

We are especially interested in how the combination of text and image augments each in potentially productive and monstrous ways. From traditional genres to new horizons of horror, we seek to examine the monsters of media and attempt to understand how the medium influences the message, and vice versa.

Submissions should maintain a focus on comics, manga, children’s literature, video games, imaging technology or any other form that includes both image and text in its representations (either simultaneously or indirectly). In addition to these product-oriented examinations, we also welcome viewpoints from both creative and cultural/sociological orientations, including artist’s and writer’s perspectives on the acts of creation, examinations of distributive modes, and cultural responses to the distribution of visual/textual content.

Potential topics for submission include, but are not limited to:

How do ‘traditional’ monsters change as time passes and cultural movements shift?
How do image and text interplay to provide an affective sensation of the ineffable?
Does the rise of paratextual supplements to imagetextual publications mutate the ‘core’ content? Does it make monstrous our experience of reading it?
Can the visual or textual elements of a composition interfere with one another to create a monster?
How does the medium function as a monster? How can developing media and modes of distribution, such as zines and webcomics, be seen as marginalized and monstrous imagetextual distortions?
How does one create a monster? What decisions go into the production of a novel creature that is meant to disturb?
What is the role of the ‘friendly’ or ‘cute’ monster?
What role do features such as font selection, coloring technique, paper texture or material lack, blurbs, and covers serve in the reception/portrayal of the monstrous?
Accepted essays are expected to be approximately 4,000-7,000 words. Interested writers should submit their full articles with any intended images by March 15th, 2013 to [email protected]

Please also include a one-paragraph personal summary with your submission.