Question on iconography of the women holding hands as they enter the City of Women. Are they dancing?
The illustrations and the words don’t always go hand in hand.

She looks like she is holding a maculus, acting as a choir director.

They were separated by 200 years. Did CdP have access to the Lives of the Cathars?
Unlikely.
Note that around the same time one woman was burnt at the stake for writing about what Heaven would be like.

Question from an art historian. Eve as a fallen woman, have you ever seen the iconography of the devil/serpent as a woman/siren?

No, but I would like to. If you have a pick from 1399 or earlier, that would be amazing. 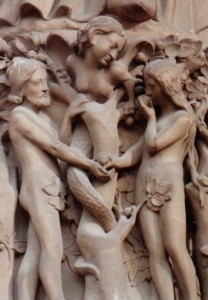 Cantigas of Maria Ave and Eva, beautiful illustrations, from the 1230s and 1240s

Did analysis of the Catholic lectionary and there is only a tiny little piece on the Judith story, even though it is deuterocannonical.

Judith was connected with David and Goliath.
Michaelangelo makes a painting where the head of Holofernes is big, like three times the size of the women’s heads.

How popular were the wicked wives?
18th Century opera

illustrations just after Chaucer set precedents for his works

Carmina Burana story of a rape
changes form male to female singer
how to change point of view
originally male writing and male performing
the rapist is the harpist
The music already exists, but it is a simple tune.
Would improvise and elaborate.
It is from the early monophonic period.