Introduction:
My first year at the new university, I was given a senior-level linguistics course that had been taught by the department chair, Dr. Nancy Shankle-Jordan, for the last twelve years. Even though I had linguistics in graduate school (twelve hours), it had been over twenty years since I was last in a class. The ramping up for a true across-the-discipline introduction to linguistics was difficult. Thankfully the former professor is a good friend and she gave me her entire linguistics’ library, all her files, her quizzes and exams, and two hours a week of her time to review the coursework.

As presently configured—since I taught the course on her schedule again so that I could master it before deciding what to jettison—the course is eight weeks of boring rote work, the relevance of which is not readily apparent to the students in the class.

I like the linguistics class and using it as Nancy tailored it is an advantage because a lot/most of the work is already done. Also, while I have an entire drawer file drawer full of information, much of it is uninteresting to me and/or dated.

As one of my (many) summer projects, I intend to go through the file drawer and get rid of—or at least move to a box to consider getting rid of—a lot of that uninteresting/dated material.

Restructuring the course as a whole:
In order to appropriately restructure the course, I may need to re-think the whole entire progress of the course and see what potentially boring sections I can drop without impacting the integrity/quality of the whole. The most interesting sections of the course are at the end, which, unfortunately, encourages a ‘grit your teeth and get through it’ attitude to the rest of the semester—certainly on my part and I would posit also for the students.
Right now the schedule is:
introduce linguistics (chapter 1)
IPA work for 2 weeks, with in-class discussions and quizzes over related readings and material (chapters 3 and 4?)
use of tree diagramming for clauses and sentences, including ambiguous phrases—which are disambiguated using the diagrams, for 2 weeks (which chapters are these?)

At eight weeks, the course switches to more “interesting” topics like gender’s roles in language, age-implications in gender studies, history of the English language (vocabulary, writing, spelling, punctuation), and cultural miscommunications that have linguistic applications, among others.

These are the topics that typically interest the students more—and certainly interest me more. Perhaps I could begin with these topics, assigning students to preliminary and limited research in these areas to get their feet wet with scholarly secondary research. That is certainly an idea worth pursuing.
… 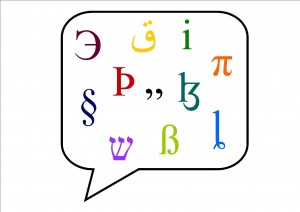 Things that went better this semester than last year:
Even though my father had already had his stroke last year, I did not think (during the course of the class) to abstract the realities of his condition as fodder for the course. This semester, however, the discussion of semantic fields was significantly informed by my recognition and understanding of those boxes of knowledge that the stroke clearly delineated in my father’s memory organization. While I cannot extrapolate to anyone else’s brain’s organizing boxes, this offers students a good/clear view of an organizing principle for memory.

Perhaps I should consider reviewing the literature to find out if (or when/how) other people’s memory organization has been studied.

Things that I expect will improve next year’s class:
Two weeks after the presentation of Broca’s aphasia from chapter two, my MIL experienced a stroke that left her with Broca’s aphasia. Having already introduced stroke experiences into the linguistics class, I believe that adding my MIL’s experience, including language processing and her awareness of garbling (where she knows what she wants to say, but her brain picks other words out of her boxes), will increase students’ understanding of aphasia.

A problem with the set up of the course as presently configured:
Within all my courses, I attempt, as much as possible, to frontload the work. Since most classes and professors have the long/large projects due at the end of the semester, I try to shift them earlier in the semester.

This front loading is a preference, but is not always perfectly implemented. For the Brit Lit class my attempt to front load has meant a major paper due in late March rather than late April. For my freshman, with a fairly set schedule created by the director of composition, I cannot move the research paper to earlier in the semester, but I have re-oriented it so that it builds on academic work created and submitted earlier in the course. For the linguistics class, since I kept Nancy’s original schedule, front loading is not even an option, except in terms of “the boring stuff gets done early.”

Revising/reviewing the concept of a single or dual paper assignment:
Usually the course has two papers required, one due in March and one in April. These are papers which, as originally configured, required 8 pages each, for a total of 16 pages. However last year, due to the particular course load of a group of students, I changed the requirement to a total of 12 pages of solid content for the two papers (not the cover, abstract, or bibliography pages), to be spread out as the students saw fit, as long as each paper contained at least four content pages.

This semester, however, I ended up requiring a single 12-page paper.

While the single long paper was somewhat problematic this semester, since it came as a result of most of the class’ dismal performance on the first research paper, I actually like the idea of having one long paper. I wonder if not having the first short paper would pull down the quality and I do think it would, based on the poor showing the first paper had this semester (though not last semester).

Honestly, the quality of the second paper exceeded most of last semester’s papers, except the graduate student’s paper, but that is to be expected, since they spent twice as much time on it and had two times the amount of primary research included.

Revising the assignment sheet for the research project:
One thing I DEFINITELY need to do, whether I go with one or two papers, is revise the assignment sheet so that it matches the information that will actually get the students reading scholarly secondary source material. As Nancy had it, it encourages more popular sources and does not provide/detail an avenue for expanding to scholarly research.

The present assignment sheet is very clear on the need for primary research. But the students need to not only do their own primary research (one of last year’s papers won an award and is being published this summer and one of this year’s papers is in a newly established field without much scholarly research and another rhetoric professor and I think it can be published), but also focus on what has already been done.

Note: I stopped what I was doing and updated the assignment sheets. Rather than three single pages handed out at different times, it is now a continual, interrelated set of instructions, with specific examples and guidelines.

Expanding the rubric:
I think I should expand the rubric, as well, to incorporate types of primary research such as:
continuation of work that has already been done on a topic, but with a new subject matter (so violations of Grice’s Maxims as humor, but focusing on The Big Bang, instead of Friends, for an example from this semester’s work)

work that is ground-breaking, but definitely in areas of interest (such as a student’s work this semester with the vocabulary of table top fantasy role playing games)

Clearly work that is a continuation and expansion can be good, but it is potentially less important than ground-breaking work. Students both last year and this year have had research studies that could be/are ground-breaking seminal projects for their areas of research.

An advantage to incorporating this sort of focus into the assignment sheet and paper grading is that the students can see more specifically the ways that scholars can build research. Publication is possible with significant continuation projects, but is more likely to happen with ground-breaking research. Of course, the idea that they have to find a new area is overwhelming to graduate students, much less to juniors and seniors (and the occasional very brilliant freshman who has already completed freshman and sophomore college English before enrolling in the university).

While I think that the two types should be rated/valued appropriately, I do wonder about how to grade this. Perhaps I can differentiate between good work, that is a continuation of scholarly research, and good work that is ground-breaking with a category of good added to the rubric’s present categories of needs work, acceptable, and superior. (How I will fit all those on the page is a different and difficult puzzle.)

Maybe I will simply offer on the assignment sheet the two options and talk about work which falls within those two categories and then, at the end of the process, if the ground-breaking research is well done, award bonus points for that.

New this semester:
This semester I had the students give an elevator speech, a one-minute talk, introducing the primary research they planned to do, after they had chosen that. I referred them to this video, which is about a thesis/dissertation project involving linguistics, as an example of the kind of information included in an elevator speech. These worked very well and students did GREAT. One student handed out a visual, which improved his grade because it was so perfectly relevant.

After all the research had been done, students had to present their findings in a three to five minute digital presentation. Several students went over the very strict time limits. Several forgot their opening title frames. A few had no text and a few had no images. One had competing sound tracks. Despite all of these things, they were very well done overall.

I will definitely repeat both of those assignments next year. 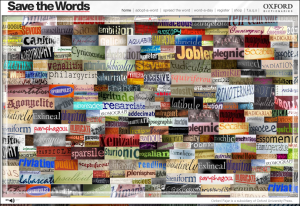