“Win of Wunderfatum: The Significance of Wine in Beowulf” at Kalamazoo 48th Medieval Congress
Sharon E. Rhodes, U of Rochester

win compound only when it has failed… 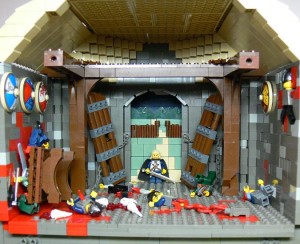 evocation of the good life for the Geats = mead, ale
wunderfatum = word with no inherently positive connotations
happens when they celebrate a false victory, false sense of security

in Beowulf mead and ale are joys of hall life, wine represents negative images of hall

illustrate the distinctions between wine and native drinks
There are benches and seats. No wine benches or seats.
25 in all for mead and beer, ordinariness 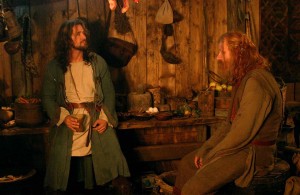 men drink alcohol every night
foreshadowing of disaster is only related to wine
Grendel’s death does not get rid of the old
Grendel’s mother has a legitimate grievance. both familiar and foreign, like wine

final use of wine, before Beo makes his speech
Unferth did not remember what he said before when he was drunk with wine 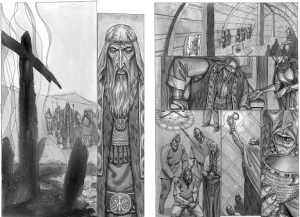 part of other nouns and compounds; usual for the society
(in English con pan –with bread- gives us companion)