I was given the go-ahead last spring to teach a course this spring (next semester) on readings in British literature before 1700. My boss said I could concentrate on my areas of interest–which mostly center in Old English.

This summer I put together an iBook for the class.

Then this fall I advertised the class (not having realized that was the norm in my department for some reason). In the advertisement, I wrote 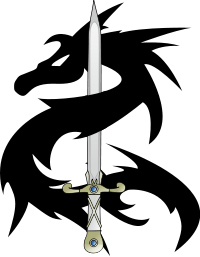 I liked the alliterative aspects and I knew we were doing Beowulf, Judith so I figured, why not? However, after talking to a few students, I realized that having that as the “ad” meant that students were going to be expecting those to be the major sections of the readings–not just something present in some of them.

That took me back to the drawing board and I have been struggling ever since then. I haven’t just vacillated on what to teach, but in what order and how much (for longer works) and at what time period to end.

This class will start in two weeks. It will probably be the only time I ever get to teach it. I want to teach all the things I love and also the things I think will appeal to the students.

I’m still wrestling with questions of texts, not just projects (as mentioned yesterday).

So, do I include the Arthurian tales (like Geoffrey of Monmouth and Layamon and Marie de France, including “The Lay of the Were-Wolf”) or do I go for the mystics (like Julian of Norwich, Margery Kempe, The Cloud of Unknowing [I saw a great presentation on Kalamazoo about an assignment for that.])?

How will I teach magic, when there isn’t a lot of clear-cut magical writing and students won’t understand that much of the “magic” was science at the time (or what eventually became science)? I purchased two Kindle versions of texts I was considering using Magic in the Cloister and The Magical World of the Anglo-Saxons. The first is very dense and not what I was expecting–being more about the actual works of magic, whether they were in the abbey she is discussing or not, and the second deals much more with the archaeological and place name remnants that indicate magical beliefs. I actually think the second will be very good and useful–but it does assume the students will be able to follow the arguments and think about them critically. 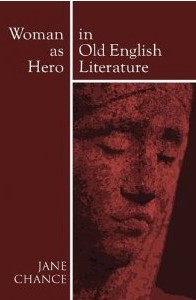 How much primary versus secondary readings do I require? I have definitely decided to use Jane Chance’s Woman as Hero in Old English Literature, though we are only reading five chapters. We will also be reading Exeter Gnomes or Maxims, Judith, Juliana, Elene, Wulf & Eadwacer, Wife’s Lament, and Message Brought in that section.

I am still wrestling with the reading list and I really wanted to send it to the students early enough that they could order the texts from Amazon if they wanted.