The article quotes from some highly collaborative sources to argue that “our notions of literacy continue to migrate” (234). Then says “we are in the very late age of print,” and that most writing already happens digitally (234). Issues of access are presented as being escalating, rather than minimized, over time (236). Technological devices’ rhetorical role, impacting multiple levels of writing practice, are brought up (237). The article defines digital writing as something created on a digital device and primarily distributed wirelessly [like this blog post] (238) and digital rhetoric as communicative acts that include sound, words, and images and are made, maintained, and shared electronically (243). The article states that a sharply defined supportive community is necessary in a course with digital writing/rhetoric (244). Also students need to be engaged in understanding and delimiting digital creations and rhetoric themselves (245). Besides the community and the critical engagement, students also must see the relevance of digital writing/rhetoric to their lives (247). Situated practice is necessary, but a course in digital writing/rhetoric must begin with a “theoretical and practical framework for examining digital work” (249). Professors should not just take advantage of student experiences for the class, but learn from those student experiences (250). Assignments such as online ethnographies, technology community maps, and digital media and/or website creation for those communities are discussed. Rather than simply critiquing the rhetorical aspects of a digital work, students should both critique it and its effect on their lives, self-identity, etc. A series of fairly simple (but time-consuming) activities are given (252). The article discusses the need for learning how to learn about technology (253) and discusses “a pedagogy of patience” (254) in which we teach students that they don’t have to know all tech as it comes out or all at once and that learning takes time. Then they apply it to their assignments by saying that students need to be given the time to learn what they are expected to use (254). 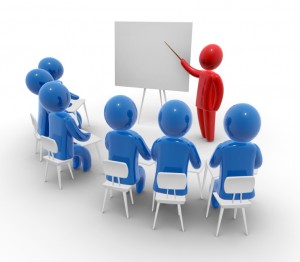 The article has a lot of good assignment ideas as well as some reasonably firm grounding in rhetoric and digital rhetoric, although it also assumes a great deal on the part of the reader. The article does NOT list the authors, but simply says they all took a certain course in professional writing at Michigan State in 2004. The lack of identification of authors is troubling to me, even though I published on TCE anonymously for a number of years. The fact that Duke chose to publish and copyright the material makes up for the lack of authorship in terms of credibility. The article is placed within the currents of conversation about digital writing and digital rhetoric in a reasonable way. However, the idea that we will teach students not only literacy skills but tech skills and rhetorical theory and critical analysis and give them time to learn and practice the new technologies and literacies is intimidating and I wonder how it can be done in a single classroom.

The article pushes the commercial analysis assignment (from my fyc course) by saying that, rather than simply analyzing the commercial, students should “create a parody of the ad that highlights the elements they have analyzed and critiqued” (253). I think this could be very effective and in a group creating a parody might be less intimidating. Handling the humor of a parody is an extremely complex skill and not one that I am confident I could do. (Though it would be fun to listen to some parodies of songs!) The final element of the assignment as conceived includes a critical reflection on why they chose to engage the points they did in the way they did.

“How do we … facilitate our students’ “messy transition” to a multimodal culture while still acknowledging their current individual, culturally situated literacies?” (“Teaching Digital Rhetoric” 248)

This work is quoted in my Early Notes.