I think of my T&P portfolio, which must be digital and I know that I plan to use several more commutative practices than could be done in a printed binder. 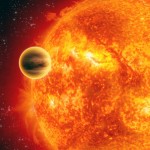 For example: There will be words with links in a row, but these will take you to different kinds of information (perhaps not ordered in the same manner).

I wonder, though, how the T&P committee would treat a portfolio constructed from a commutative stance and I wonder what such a thing would look like…

Would I go to Prezi and move the elements of images around? At what speed? In what order?

Could I create it with hypertext? It could be a blog post, but with multiple places for entry? Very nonlinear? Would that go against me? Probably. Could I create an argument for it? Probably. Would it be successful? I don’t know. Do I want to creatively transgress and hope that the T&P committee sees within the transgressions a rhetorical stance that argues for my ability to work with rhetoric and technology in new and engaging ways, both in my classroom and through my research?

I would need to be a programmer to do some of the things I would like to do and I am not a programmer, so that is not going to happen, probably, though it might be possible with an iBook (which is not an acceptable publication form yet). 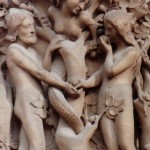 I wonder if the creation of a dual-media T&P portfolio, if I created a blog and also uploaded an iBook, would be seen as too transgressive.

I wonder who I would talk to about such an idea. Who do I look to for the parameters of the portfolio today?