Preface
Rhetoric is “becoming focused on visual objects and on the visual nature of the rhetorical process” (20 of 6169).

Visual rhetoric “used in many different ways by different scholars” (23 of 6169).

Looking at the visual has been problematized and the idea for the book was to “have scholars working with visuals discuss the definitional assumptions behind their own work” (42 of 6169).

In this way it reminds me of RAW.

“[W]e want to prompt readers to think about, and to talk to each other about, what these terms mean to them and what they could mean…” (54 of 6169).

Some artist/interpreters have avoided the licensing fee by creating an image that echoes but does not reproduce Franklin’s photograph. Is this plagiarism? Or intertextuality? (296 of 6169)

Or is it appropriation?

“‘the distortion of memory traces’ occurs at the level of the interpretant, at the moment that the visual image or event is encoded (Winter and Sivan, War and Remembrance qtd. 333 of 6169).

“Why not wipe out the difference between literature and painting in order to affirm more powerfully the plurality of ‘texts’?” (Barthes, 55 qtd 409 of 6169)

“Rather than depict reality accurately, or event impressionistically, the creator assembles and arranges ‘blocks of meaning’ so that the description becomes yet another meaning” (421 of 6169).

I know I’m on a kick about this right now, but I thought of my tenure and promotion portfolio when I was transcribing the quotes.

To differentiate rhetorical analysis of images (or visual rhetoric), the authors argue we should be “studying material as rhetoric” (439 of 6169).

“Mitchell proposes a term… cross-disciplinary work of rhetoric, the mingling of verbal and visual emphases, and the exciting possibilities for inquiry. That term is indiscipline” (452 of 6169).

“previously [sic] unquestioned hegemony of verbal text is being challenged by what Mitchell labels the ‘pictorial turn’ (Picture Theory)–a growing recognition of the ubiquity of images and of their importance in the dissemination and reception of information, ideas, and opinions…” (458 of 6169).

Having multiple working definitions, rather than attempting to codify a single definition, has more heuristic value, the authors believe (478 of 6169).

“[E]very contributor rejects the notion that a clear demarcation can be drawn between ‘visual’ and ‘verbal’ texts” (484 of 6169).

The authors believe that folks should “maintain the current unsettled state of visual studies for at least the near future” (514 of 6169).

The book seeks to make “explicit the seemingly infinite range of possibilities” (517 of 6169). 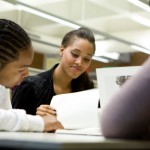