Hill will concentration on “representational images,” which are “only a subset of the types of visual elements that could be productively examined” (571 of 6169).

General idea is that images evoke emotional response (595 of 6169). Because they do, they are seen as non-rational and therefore not arguments and not persuasive (599 of 6169).

A “concept that seems especially applicable to the study of images is the concept of presence as discussed by Chaim Perelman and Lucie Olbrechts-Tyteca (The New Rhetoric 115-120)” (619 of 6169).

“The most effective way to increase an object’s rhetorical presence is to make it physically present–to actually bring it into the room” (653 of 6169).

The most powerful of images do not precipitate logical thought, but instead “prompt a visceral, emotional response” (673 of 6169).

“[V]ivid information is identified as information that is emotionally interesting and concrete (Nisbett and Ross)” (692 of 6169). 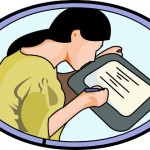 Information seems more persuasive as it increases in vividness (706 of 6169).

“[V]ivid language makes a persuasive message easier to comprehend and more likely to be remembered, but only if the vivid elements are clearly and explicitly relevant…” (713 of 6169).

“images, which are comprehended holistically and almost instantaneously, tend to prompt heuristic processing. … vivid images tend to overpower verbal arguments in a decision among opposing or controversial claims” (735 of 6169).

“Once the association between a particular image and a value is created and internalized, the image becomes a symbol for the abstract value and can be used to trigger its associated emotions” (784 of 6169).

First, persuasive elements that instantiate strong emotions in the audience tend to have an extraordinary amount of persuasive power. Second, this phenomenon seems to be related to visual perception. (791 of 6169)

Ads work by “continually displaying visual associations between the product and some object or symbol that is already schematically tied to a positive value” (807 of 6169).

“[A]dvertisers want to transform people. They want to compel people to buy a product without even knowing why they’re buying it–as a visceral response…” (820 of 6169).

“[W]e may learn how to use images to prompt sustained reflective thinking instead of using them to discourage it” (837 of 6169).