“Visual language develops within discourse communities that enculturate its members in its conventional codes” (Kostelnick 4322 of 6169).

Kostelnick discusses six statistical atlases related to censuses from 1870 to 1920. Prior to these atlases, census data was only released in tables. These atlases “played a pivotal role in the development of conventional forms to represent data” (4333 of 6169).

The atlases also, according to Kostelnick, “aimed to objectify representations of cultural diversity by making them appear economical and perceptually transparent” (4333 of 6169). For example, the atlas of 1874 “visualized the distribution of people across the country, their religious affiliations, occupations, literacy, mortality rates, and health” (4364 of 6169).

When they were first published “readers were unfamiliar with the visual language of data displays” and so the atlases educated “citizens not only in the progress of the nation but also in visual literacy” (4354 of 6169); this was particularly true of the atlases from 1874 and 1898 (4429 of 6169).

The “process of enculturation creates rhetorical efficiency as well as poses an interpretive problem because readers come to regard conventional forms as natural, direct representations of fact unmediated by the artificial lens of design” (4474 of 6169).

Visual language “can embody elements that direct attention, persuade, and shape attitudes” (4484 of 6169). Kostelnick gives an example of this regarding a field of pie charts from the 1898 atlas which showed “only the relative concentrations of foreigners within a given state” and thus obscured “the fact that some states had very high concentrations of certain ethnic groups” (4536 of 6169).

Kostelnick says that the displays could be ambiguous.

By showing economic assimilation during hard times, were the designers trying to reduce the threat of foreigners, or were they fueling anti-immigrant sentiment? Depending on readers’ interpretive frameworks, they might be receptive to either argument. (4561 of 6169)

To me that seems to be as close to actually objective as anything can get. If you can read it both for and against a single argument, then it’s objective.

“Designers control what is and what is not visualized, and that control has rhetorical consequences” (4576 of 6169).

“[A]rguing with data displays has become a highly contested form of visual rhetoric” (4613 of 6169).

“[T]he displays rely on textual explanations for their interpretation, creating an interdependence between word and image. Notes and labels on the plates are primarily set in a serif typeface and often italicized; display text is often rendered in handwritten capitals; and decorative arrows direct readers from text to charts” (4635 of 6169).

Kostelnick also discusses the change in aesthetics from Victorian to modernist. “Staying in step with the shifting tides in fast enhanced the ethos and usability of the atlases. It also addressed the more specific rhetorical problem of representing immigrants to a multi-ethnic audience with forms that were ostensibly objective” (4710 of 6169).

Other point of interest:
Discusses the circle chart (4395 of 6169), which is relevant for my business writing class. 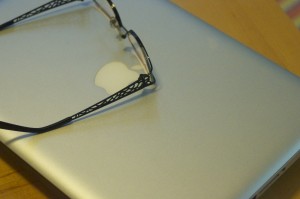