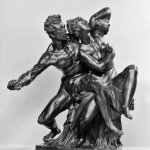 I am seeking submissions for a collection addressing effective and ethical approaches to teaching episodes involving rape in medieval literature. I am looking for discussions that address the needs of students at all levels, from freshman and sophomore surveys to graduate seminars, and in a wide variety of institutions of higher education including community colleges, small private and public 4-year liberal arts colleges, church-affiliated colleges and universities, single-sex colleges and universities, flagship and Research I institutions, HBCUs, and regional comprehensives. In addition, the volume will cover a variety of genres spanning the Middle Ages in Europe.

The issue of rape has been an important one among feminist circles for several decades, but only recently has it become the focus of a national conversation, involving voices from across the political spectrum and society. While some conservative voices are actively trying to discount the severity of the problem and to deny the existence of an American “rape culture,” most participants in the discussion agree that we are at a critical cultural moment in terms of dealing with the kinds of policies, belief systems, attitudes, and behaviors that lead to sexual violence. Our students, consciously or not, come to the classroom informed by such traumatic events as the Steubenville, Ohio, rapes of 2012, and by the growing press coverage of the status and treatment of women around the world. The recent shootings at UC-Santa Barbara highlight the schizophrenic attitudes that Americans have toward women, sexuality, and violence. In addition, many of our students have first hand experience with sexual violence: several studies suggest that 1 in 4 or 5 college women is the victim of rape or attempted rape and that as many as 8% of college men have engaged in behaviors that meet the legal definition of rape. At this point in the project, I am particularly interested in non-Chaucerian texts.

Topics include but are not limited to the following:
? How are we supposed to understand an episode of rape in relation to the text in which it occurs?
? How does modern reception of texts differ from that of the original, intended audience? And how might we help our students effectively bridge that gap?
? As teachers and students, what do we do with medieval morality and humor that don’t naturally translate for a modern sensibility?
? What religious, political, and social contexts of a medieval text are necessary for our students to understand when reading medieval texts that include rape?
? How are instances of rape, attempted rape, or accusations of rape portrayed in such works, and how might students’ preconceived notions of the Middle Ages, of sexuality, or of violence shape their responses?
? What are the important distinctions, if any, that students might see between didactic texts such as saints’ lives and those texts generally considered to be written for entertainment?
? Are there specific activities or assignments that you’ve found to be effective in the classroom?
? Women are usually the victims in such texts, but how are men depicted as victims, if at all? Do you approach narratives in which men are victimized differently from those in which women are the victims? Do students react differently to such texts? 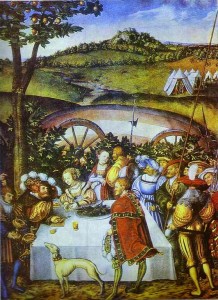