“[N]o one has come up with a generally acceptable literary definition of science fiction, and now that the logo “SF” has long since come to encompass both science fiction and fantasy, the essential nature of the beast has become even more elusive” (Spinrad 34).

This author divides the genre (such as it is) into SF (literary science fiction) and the “less than” of sci-fi. 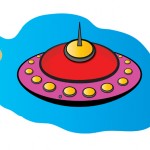 He argues that “sci-fi” is a descendant of the pulp magazines, is always simplistic, never thematic, and only about the plot. Trade horses and the Wild West for space ships and alien planets and you could have the same story (21).

I disagree with him on that. If it’s that simple, it’s not a good anything.

Spinrad implies that fiction can’t be literary unless it is tragic, which negates the inclusion of Shakespeare’s comedies and romances, for example. Plus, I’m just not a big tragedy fan anyway. I understand why “timeless” has come to equal tragedy (what is funny changes), but I don’t think that the timelessness of tragedy makes it good.

I do not think that the ultimate triumph of good over evil precludes the thematic exploration of spiritual ambiguities. 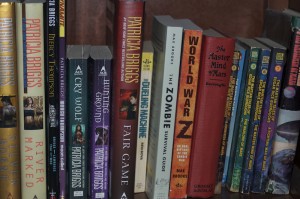 Patricia Briggs, for example, has Mercy Thompson as a main character. Mercy is a good person; she has religious faith; she works hard at her job. The series stars her and she triumphs over evil (to varying degrees) both within and at the end of each book. But Mercy is not all white hat. She is a person with the various complexities that make people real and make characters realistic.

Mercy gets petty revenge on her annoying neighbor, loves and cares for a vampire who keeps people as sheep/pets, and makes everyone who loves her leave her alone when they are trying to help when she has been seriously and extensively injured. She’s not without her own moral ambiguities. She did not feel able to tell her vampire friend to go get more humans to feed on, but she told her husband, who felt perfectly able to do that–and she knew he would. She is able to exorcise ghosts and, despite the fact that one ghost tried to kill her college friend’s son, she does not banish him, but instead gets him a toy car. She is loyal to her friends, but sometimes that means she lies by omission–even active omission.

And Mercy triumphs in the end, for which I am grateful. But along the way Mercy has to deal with the ambiguities of date rape–though less clear cut than some. She blames herself, even when she knows she should blame the rapist.

Mercy starts out neither liking nor trusting a particular character, without any visible cause. Eventually she realizes he is her friend, but she still keeps him away from her stepdaughter and sister. She likes him; he has helped her; but she still doesn’t trust him. Is she right? Perhaps. But she might not be, too. We don’t know, as the series isn’t over. But, despite his problems (and he has them), he is also a sympathetic character.

Mercy’s mentor is a curmudgeonly, sweet-on-the-inside old man, who used to wipe out villages for fun.

I don’t think having happy endings precludes addressing ambiguities and making the reader wrestle with the imperfectness of ourselves and our lives.

One thought on “Spinrad on Science Fiction”