“Genres are best thought of as ongoing processes of negotiation rather than fixed entitites that pre-exist their naming. Science fiction (SF) is no exception” (Bould and Vint 1). 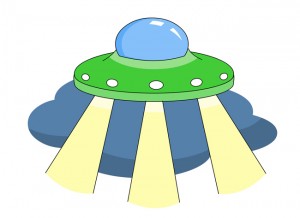 “The experience of a text shifts in various ways once labeled as being, or not being, SF; and different features of the text will dominate in relation to the reader’s social and historical position. This is why so many words continue to be expended … in debates about which works should be included in or excluded from, are central or marginal to, SF” (Bould and Vint 2).

““Most definitions of SF include some notion of the genre’s relationship to science, although the nature of this relationship is also debated” (Bould and Vint 4).

Over the last decade, many have claimed that SF is, in various ways, coming to an end, routinely plundered by blockbuster movies, prime-time television and ‘literary’ authors while at the same time mutually dissolving into fantasy and horror. The significance of such claims is, of course, that they are only possible because of the prior imposition of more-or-less rigid categories on a rather more fluid culture; and regardless of their accuracy or plausibility as descriptions of the current conjecture, what they most reveal is the fact that the processes of enrolment and exclusion are active and ongoing, contradictory and never-ending. (Bould and Vint 19)

“As SF developed, it tended to move more towards imagining technology as the panacea for social problems, becoming less successful at imagining alternative social and economic arrangements. The emphasis on innovation and science that the genre took from other enrolments increasingly tempers the drive for political change, but SF does retain this desire for another—often better—world.” (Bould and Vint 22)