Running and experiment on mandates for regulating computers.
1980s software duplicated, so tried to make a bad sector on the floppy disk.

DRM digital rights management (copy prevention)
“wishful thinking” This is sending the keys and asking person to forget the keys.

US treaties are not overseen by Congress.
Not that having that happen would make them better.

The heart and soul of modern industry is inter-operability.

1996 DVDs came out
Tower Records
$1000s on CDs and $1000s on DVDs
CDs—no drm on CDs. CDs have grown in value.
You can share, read, rip, etc.
Not one new feature had been added to DVDs, because DVDs have drm.
Companies “pick pockets” on drm—not any growth or change.

Amazing in a RenFair way that our DVDs are made like those of our forefathers.

Allows for unskippable ads.
Allows for checking for countries of origin.

DVD is hostile to users. 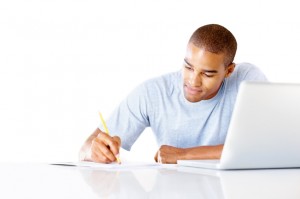 Most robust software that exists is open source.
Really?
“that shoulders of giants be stood upon”

greatest consequence of drm = transparency is an anti-feature
stops user from doing something they want to do
So okay if user wants to shoot someone with gun? This argument should apply to other fields.

Turing complete computer, can run every program.
Turing Complete seems to be universal.
No basis in the universe for Turing Complete -1. (You don’t want it.)

Programs/things are interdicting you on your computer.

Computer has to obfuscate or hide the program.
2005 Sony BGM sent 51x to change anything on your computer that began with $ESE$–kill your processor.
Installed a root kit.
2005 300K military and government computers infected.
Virus writers began beginning their viruses with the invisibility cloak.

rocket ships are really built with self-destructs? Why?

Computer should not be designed to tell you lies.

Miss USA called in by the FBI for a post on Facebook.
A Minor child in Ireland—Ratters Called slavers.

Champion for digital inclusion in UK
block of folks with free internet access for 2 years versus other block
These folks were better off, ate better, were more civically and politically engaged.

Rent-to-own 7 companies computer
FCA did not fine them. Just told them to stop or put it in fine print. 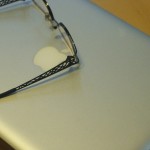 Free and fair society…
There is no way to fight for justice with untrustworthy computers.

Little Brother opeioned twice, but may not become a movie.