I was late, so these are mostly notes from the Q&A.

Editors have several copy editors looking at a doc at the same time, because you are only human and you miss things. –for FYC

story doctor—How do you hold enough story in your head to see if the shape is right?
If I’ve skipped, you’ll do 3 or 4 passes on any manuscript. Think it is just instinct. If I’m questioning it, I put a check mark.

When you are writing, if you know you are fudging, mark it, so you can come back and look at it.

jarred out of the scene or the story

limited resources, but spend a bit of money, which type of editing should pay for?
I tend to advise on each manuscript. It depends where you are up to.

If you’ve really polished it, a copy edit might be enough.
It’s worth talking to the editor you are hiring.

Manuscript assessments, that I make a bit more intense.
Usually outlines story as I have understood them.
If know no $$$, Might point out things that they have done that they need to fix.

how to make the work shorter?
Example: last hard copy I did for a publisher, came in huge box. When I had to send it back, 2000 pages.

The worry that someone is not going to understand your story, if they start cutting and it’s not the right cutting, stop them.

If you are hiring someone to work with, make sure they understand your genre. That will disappoint you all over.

Learning to cut is quite difficult.

Trust readers.
Show; don’t tell.
Most people show and tell.
Character thinks back through the scene. You don’t need that. If you’ve written the active scene right in the first place…

Readers fill in details.
We all do that.
With too much information, readers might complain. If publishers use photos and images, that can be difficult because it doesn’t seem to match what the authors described.

Worked on a 300,000 manuscript. Mostly too much back story.
Cut back. Make sure you start at the right point.

Had 5 manuscripts that started with dinosaurs, but were not all about dinosaurs at all. “You can chop these first 8 chapters.”

Don’t let them tell you how to rewrite it, but if they can tell you what didn’t work…. 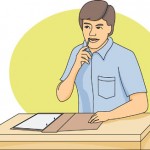 Starting story in the right place. Being more concise.

Work with someone whose done short stories a lot.

Principles are same, but different level.

Lots of self-editing. Most of you self-edit. Thinking about “working on your story.”

why might an ending not be working?
lots of reasons.

Is it ending in the right place?

Have you got an epilogue?

Have you wrapped up too much? Not enough?

Editors are more distanced. Fall in love with manuscripts all the time. We fall hard.

But I think we have a distance. While editors are writers, you are trained not to tell your story…. It may be the other people want to hear the story they want to write.

Session on how to be a good writing reader… Fanfic session. Fantastic for learning how to write. Lot more friendly. Lots more sympathetic.

how do you know when to stop editing?
When you start thinking that. When you aren’t making headway any more.

If you get to the point where it is a single word, a comma… put it away.

Keep away from two weeks (or 3 months) and no big plot points jumping out at you, then good.

descriptions good, dialogue good; when I put the two together, doesn’t work. How do you make the two work together?
might be that you read and write in short bursts

Weaving it together is editing yourself and cutting those words down.

Exercise: word goal. Two things that need to work together. There are 3,000 words; you’ve got to get it down to 1,500. Then figure out how to get those two cut.

Lot to do with context.

*My suggestion, exercise: Try to work those two things together like some author that you enjoy and want to emulate.

*Try swapping how you write normally around.

*Write a story that is only radio and one no dialogue. 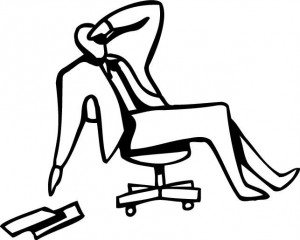 How do you edit kindly?
No one believes me, but sending back a manuscript that I have marked up, I will worry about that. It doesn’t matter how wonderful the manuscript is, they only notice the negative.

I will spend hours going over the edits, trying to make it so it doesn’t hurt anyone’s feelings. Try to make sure I am not criticizing the person.

Sometimes I say a lot and they don’t hear it.

My role is to smash dreams.

What needs to be described, time taken?
That is going to be different for every story.

Make sure your story is three dimensional, as well as making sure what story you want to tell.

Then layering. Not explaining everything that happened but make the work three dimensional. What can she see? Is the room hot or cold?

Writers get stuck with a word count. Word count is still an issue, but the length may not be a problem with digital publishing. Get the story right first.

*Used to have the same problem. Took 2 or 3 story ideas and put them all together. Jam them all into one story, even though they don’t fit, and try to write that. –It is actually one of the things that worked for me.

How do you analyze pace of story?
If I find myself thinking about dinner, washing, that’s the slow part. If I forget to mark anything, it’s working perfectly.

Watch my own reactions as I am reading through. Even… might only be a few paragraphs.

A lot of editing is the back brain picking things up.

You become more aware of instincts as a reader when you recognize that. So something has lost me, why is that?

Started off writing fanfic. First story that was important to me to get it right, I sent it to someone who was a ruthless reviewer. Spent the first 24 hours upset, but then realized she was right and rewrote the story.

We all want the love. But you have to be honest.

Treat the edits as a suggestion. That bit is highlighted, which says there is where the problem lies.

Most of the writers I work with who want to learn to write will spend time.

How do you give feedback if they’ve just rewritten a work?
Writers don’t think that editors know about fanfic.

What’s the most common kind of story development problem?
Fantasy writers are in love with prologues.

Prologues—practical perspective, on Amazon, “Look inside” that tends to be the end matter on either end. If you put the prologue there and it has nothing to do with the story, unhappy readers.

Prologue—hook. Prologue should be something different. From perspective of characters who aren’t important till later in the book.

Limited abilities and perspective. If writing from a particular character’s point of view, you can’t see what is happening to yourself. Needs to be phrased as feeling or touching, not seeing, if it is about the viewpoint character.

Don’t think love scenes work with both points of view.

Have breaks for point of view shifts. –psychology of reading. So much with a carefully placed line break.

Readers will pick up on the format. Segues and breaks. subconscious stuff. 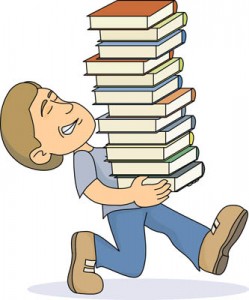 Series of books. Not necessarily same story. But same character in each story. How much does reader need to be referred back?
If you want them to read in order, don’t put too much in.

If you anticipate audience is jumping in, put more in.

If stories are linked, if they’ve written a story… Have difficulty deciding what to put in and how to remind them.

Most publishers like to keep editors on the same series. –but fresh eyes show that “no backstory here and needed” ….

How often say scene written from wrong character?
every edit

Soliciting editor… don’t have the beginning, the end, just the middle? Can they look at this and see issues?
Have done that for people. But need a conversation because not the same thing as the completed work.

“I’m assuming you’re going to do this.”

Don’t pay for this. It’s not polished.

Find honest friends, but not cruel ones.

Don’t waste money on editing at this level.