Lesley McIntee is with Chaos Costuming. She’s been Rolando Molari and a Musketeer this weekend for invention, enjoyment, and sheer fannish joy. She described herself as a refugee from academia and asked that I plug Redemption, the con of which she is ConChair. (It is in February in Coventry.)

She is the moderator.

film maker vision, whole aesthetic can be influenced
simple details in costumes can tell us a lot even when it is something simple 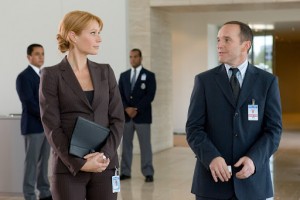 Iron Man 2008
Agent Coulson’s first appearance. Role is to be annoying government bureaucrat. Dressed as middle management dweeb. BUT His shirt has stripes, and no one else’s does.
cuffs are over his hands–too big, like a kid wearing dad’s
smaller at the shoulders and bigger at waist
Good suit makes you look good.
Following corporate dress code but doesn’t care.
He’s forgettable.

Costume Science
in every film
usually a major costume in the film
Like Amadala’s costume in Star Wars. Purpose to look amazing.
Oscar nominations are almost all historical, sf, or fantasy.
Oscar: “Best Actor goes to the most acting.”
Costumes are the “most costume design.”

Bourne Identity had a costume designer, but no one discusses.

The Duchess
best way to get costume is to design for her outfits
6 Oscars to her costume designer
special feature “12,000 buttons by hand”
very realistic and detailed
but doesn’t tell you anything about the character 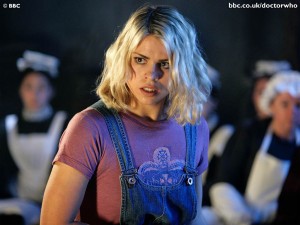 Rose in Doctor Who “most normal clothes”
tee shirt with overalls

Reasons for why we dress:
money
body type
what you are interested in–if hate fashion, don’t dress up and try to blend in

If watching tv or movie with normal outfit, a reason.

Twilight
Bella Swan has to look like most banal person imaginable so everyone can relate.
Gray hoody.

Originally the show was marketed to males.
Really manly. Tough, rough, ready to go, not caring about fashion.

Comparison that plays to a similar audience and brothers and look normal. 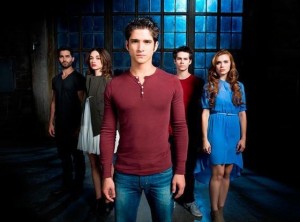 New one doesn’t have arms.
Practical concern in world building.
Women don’t have a place to put their military rank. So captain has to be a man.

negative effect because as soon as you see a minidress and bikini you probably respect her less. 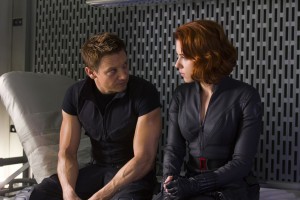 Fifth Element
looks incredible
costumes aren’t much about reality
costumes show flamboyant and lots of money
real reason costumes look like this, is costume guy was a fashion designer and so he went as far as he could–amazing, but not related to the world

space suits: look about to die in here, grunt job, not fancy

Inception
love the gray suits in this film
Best gray suit film of all time.
Ocean’s Eleven heist movie. Same costume designer for this one and that one.

each of characters are wearing a uniform–suits
each has a particular style
Hob is central character and dresses like a boring dad. American Everyman.

Mal is Cobb’s wife
dead
only time we see her is all perception
Always looks like a vamp.
dresses in dark purples and blacks
malevolent presence

Saito–Japanese character, wears the underneath part of kimono under jacket

Question: Increasing trend in historical fantasy in tight trousers. Every single male in Davinci’s Demon. Villain is the only one dressed in Renaissance outfit.
Not new development. People wanted to make films where people look hot for no reason.
Visual cue to tell us it’s a fun show.
Three Musketeers explains how they are for fun, not a serious adaptation.

Characters in tv shows where building up a convincing wardrobe.
Revenge–US weekly show. Nolan Ross, Steve Jobs’ character, amazing wardrobe of very showy outfits. When you see flashbacks, he’s wearing a black hoodie. Once he got rich, he just apes them. Has everything in striped pastels.

Lots of shows where women’s costumes are important. Glee. The Goodwife.
Tv usually has more fashion because it’s a marketing tool.

Books evil are obsessed with fashion. Capital. Outlandish. In the first film, you don’t see that individual obsession with fashion. Second one they did.

Books did a lot more. Body modification, too.