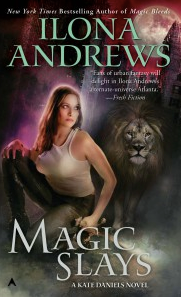 This past Saturday I went to a Writer’s Workshop with two of my favorite authors, who together are Ilona Andrews. This was held in San Angelo, TX. I received an invitation because for my Writer’s Guild began asking us to tell what books we are reading (and would recommend) each month. In preparation for a new book by Ilona Andrews, I re-read all of the old books one month and then read the new one the second month. The editor of the newsletter got a flyer on the Workshop and sent it to me.

The workshop was very helpful. Sometimes I think if I go to enough of these I will magically become a better writer. That hasn’t happened yet, but each one gives me new ways to think about things. I learn something every time.

What I learned at this workshop helped me figure out the problem with the ending of a novel I wrote and really like and how to resolve it. (The workshop didn’t tell me the answer or even relate to the problem, but doing the other things opened a creative stream that had been dammed up.)

Here are some of my notes from the workshop:

Basic: Book opens with girl, opens garage door and there is a monster—that is the plot set up
What happens next – 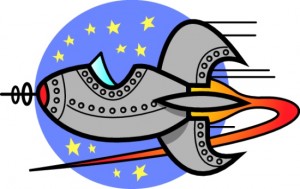 What are you reading? You should be writing what you read.

Mindful of plot but don’t just rely on genre conventions.

Forrest Gump—plot hinges on conflict
What is Forrest’s goal? Jenny
Meets Jenny, all following years is trying to become man good enough for Jenny…
Movie is not a romance. It is a narrative of life. BUT if you strictly go by genre conventions, it is a romance. So don’t rely too much on the genre labels.

Plot as function of character
Start with character
Know who your character is. Shapes, defines, what kind of person
Character = compass to navigate through narrative

Who do you sympathize with? That’s NOT the villain.

Simple exercise:
Picture parked police car by character’s home. The character is walking home and sees car.
What is the character going to do?

Criminal = assumes he’ll be arrested and runs away
Soccer mom = she runs towards the house, thinking something is wrong; she is terrified
Cop = friend coming
warning
other cop at his house when he’s not there—suspicious,
IA, is he a dirty cop?
Werewolf = assumes the police need help or a buddy is in trouble

All with same situation, but as character changes the plot changes.

Writer has two enemies = indifference or confusion
Reader will walk away if feel stupid or are bored.
Average reader is an emotion junky.

Opposite of hate = indifference

Dirty cop = sees car, expecting IA investigation
Cop car at this point is the antagonist. Is causing our character to have problem.
May not be there because of IA. –maybe they saw the neighbor burning trash—if dirty cop has drugs in his house, he may draw his gun and shoot the other police

Dirty cop shoots police. He runs away. Would you keep reading?
Well, what did he do that was so bad that he would kill two police? You are intrigued. What would cause him to do this?
If he’s shooting 2 cops, he’s at the end of his rope.

Dirty cop the police are there because a drug dealer killed his wife and kids. Now he’s a dirty cop who is out for revenge.

Think of the character undergoing a test.
Your plot is a test of your character. Character either passes the test or fails the test.

If character is a scumbag and he gets worse and worse. Reader hates him. At the end he gets punishment.

No guarantee of good ending in our lives. Life is not fair.
We want Karma to work. We want there to be reward for good guys and punishment for bad guys.

External plot and internal plot
Internal is emotional, decision-making, thinking. Character response.
External is things happening to character, what the universe is doing, the environment.

Ideally, to make the most of narrative, the internal and external have to start apart and come together by the end. 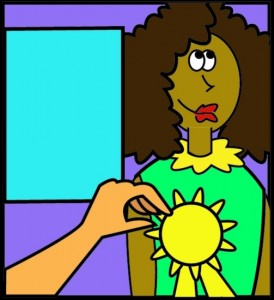 Woman triangle
Clean house = professional success = happy family
Can only have 2 of these.

If you choose to do this in the narrative, where you have a plot point where a woman must choose career or love, if you do both at the same time—2 rewards and doesn’t have to choose, cheats the reader.

Where do we start?
We start with change.

Has to be a change in the status quo. (So dream has to begin the book?)
Obvious or subtle, but must be change. 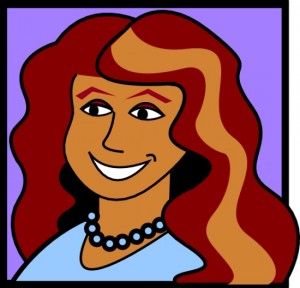 Obvious = girl opens garage door and there’s a monster
Comes home from work and goes through garage. Monster is the change.
Obvious is hard to do.

Typical historical romance = ARegency, pressure on daughter. Daughter needs to marry. Father died and they need money. She will have to marry. She doesn’t love him.

Mysteries = Someone is dead.
Detective sitting in office and dame comes in.

Noah tells God to build an ark. Noah has no choice. Never rained before. What’s he going to do? Internal conflict = is God talking to me or have I gone off rocker?

Your beginning should force your character to some kind of question.
He/she sitting pretty. Then CHANGE. Change must have consequences.
Change something for the character.

Change and commitment.
Girl in the garage. She opens door. Lo, a monster.

Girl opens door and sees monster. No action.
Either get inside house OR she needs to dispatch monster.
What are we asking her to do?
Monster between her and the minivan and can’t get kids.
Or brother will be dropped off and monster will eat brother.

Easier to write
Girl has monster in garage. Sympathetic.

How many of you can picture garage?
Write first chapter.

OR
write chapter about anything else.

It is easier to write the garage/monster story because it has been plotted.

Don’t have to outline. Need to know character, bad guy, start of story and end of story. Those are things you need to know. Otherwise you don’t know where you are going.
If you want to drastically improve your word count, girl, open door, monster… Scene. We know what happens.

Make short plan every day before you write.

String the scenes together.

Review
Beginning—character with problem. Commits to a certain course of action. Beginning is over.
Try not to start too much in the middle of action.
A little bit of set up is not a bad thing.
Don’t confuse the reader.

This was an aside and relates to endings (which are not covered here):
Resolutions
Cinderella is good historical romance, but Fairy Godmother is God in the Machine. Resolution comes unexpectedly.