I was interested in the forms of community-making that constitute these groups and articulate them together… [1.2].

Some of the practices involved are public and spectacular, like cosplaying at an anime convention …[1.3].

Surrounded by particular things, people produce themselves as particular kinds of agents, as people who can do certain kinds of things. [1.4]

As Venkatesh and Meamber (2008, 46–47) summarize, such studies “illustrate how individuals collect past meanings, negotiate future meanings, and assemble present meanings of cultural constructs such as family, religion, gender, age, and tradition through their participation in particular consumption behaviors.” [2.1] 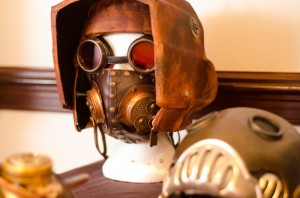 Miller, who explicitly repudiates a semiotic approach (2010, 13) and stresses the mutual constitution of persons and things, at times recreates a picture of material culture as an adjunct of mind, for there seem to be few limits on what things can be made to mean through personal aesthetics (2008). [2.7]

We must account for the ways objects extend our capabilities and constrain our actions. We might think of these as objects’ biases (Innis [1951] 2008) or affordances (Gibson [1979] 1986; Norman 1988). Although objects can be put to surprising uses, they have material qualities prior to their human appropriation [2.8]

what Lisa Gitelman (2004, 203) calls objects’ material meanings—the “nexus of cultural practices, economic structures, and perceptual and semiotic habits that make tangible things meaningful”—are not equivalent to individual, subjective meanings. Rather, they are objective products of the interaction between collective human praxis and the physical world. [2.10]

This [fandom] is obviously a complex process of socialization, but I want to suggest that material goods are part of its scaffolding (Wood, Bruner, and Ross 1976). [3.9]

virtually all practices require equipment-goods. Philosopher Russell Keat (2000) uses this term to describe goods that are consumed in order to accomplish some practice. … These objects equip people to create meaning in their lives by enabling them to participate in social practices. [3.10]

Objects extend our capabilities. In a real, immediate sense, they equip us to be fans: you can’t play in the SCA without a period costume [5.1] 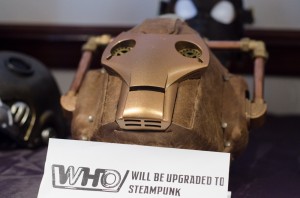 In fan cultures, participants orient themselves to some object or set of objects. I don’t mean the mental objects of psychoanalysis here but real, physical things. Objects allow us to carry out fan practices and thereby provide access to social worlds in which we develop skills and competencies, relationships, and perhaps even a sense of identity or belonging. [8.5]

The temporality of circulation and relation between interlocutors produced by each medium is distinct. Or, to flip things around, the same equipment-goods of books and miniature figurines produce very different experiences when put to different uses in fantasy role-playing games and war games because these contexts generate different relations between people (the cooperation among a party of player characters, and head-to-head combat between two opposing armies). The relationship between practice and material culture provides a valuable line of inquiry into the possibilities and limitations of fan activity. [8.6]

culture is constituted within a nexus of social practices. That means fandom is never simply a matter of individual, private psychology—even in the intimate space of the home. It is always already public and intersubjective [8.7]