This was a paper apparently written for a graduate class and dealing with the (recently resolving) issue of an academic as fan. As the CFP for my paper specifically requested academics who are members of the community of which they intend to write, I thought it might behoove me to find out what others were saying. A grad paper is a good place to get an introduction to competing ideas/scholarship, as the author needs to deal with the issues in order to write the paper and often it is an introduction to the topic.

Karen Yost in Academia Explores the Final Frontier. She writes “One does not become a fan merely by watching a television show. As any true fan can tell you, fandom has become as much about the friends we make, the ties that we establish, than just about the shows we love.” (Winter 5) 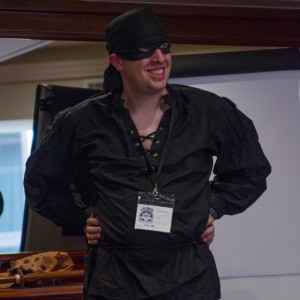 Tara Brabazon in From Revelation to Revolution. “For a fan, the joy and exhilaration is enough. For those writing on the coat tails of fashion, we need to understand why particular popular cultural forms survive through time and space.” (Winter 6)

Henry Jenkins has stated that an Aca-Fan is a “hybrid creature which is part fan and part academic.” His use of the hyphen, or as others have suggested a slash or arrow, implies a separation, as if Fan and Academic were separate. Even Dr. Jekyll and Mr. Hyde were one, or at least inhabited one body. True separation is impossible, so the term itself should be one, without separation: AcaFan. Jenkins has also written “One becomes a ‘fan’ not by being a regular viewer of a particular program but by translating that viewing into some kind of cultural activity, by sharing feelings and thoughts about the program content with friends, by joining a ‘community’ of other fans who share common interests.” (Winter 6) 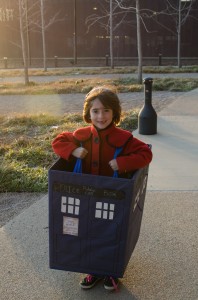 Joli Jensen has suggested use of the word aficionado instead of fan and writes:
“Apparently, the real dividing line between aficionado and fan involves issues of status and class, as they inform vernacular cultural and social theory. Furthermore, the Joyce scholar and the Barry Manilow fan, the antique collector and the beer can collector, the opera buff and the Heavy Metal fan are differentiated not only on the basis of the status of their desired object, but also on the supposed nature of their attachment. The obsession of a fan is deemed emotional (low class, uneducated), and therefore dangerous, while the obsession of the aficionado is rational (high class, educated) and therefore benign, even worthy.”

Matt Hills coined the terms fan-scholar (a fan who does scholarly work) and scholar-fan (a scholar who considers himself a fan). (Winter 6)