We should no longer be talking about fans as if they were somehow marginal to the ways the culture industries operate when these emerging forms of consumer power have been the number one topic of discussion at countless industry conferences over the past few years. We may want to think long and hard about what we feel about fans moving onto the center stage… (Jenkins 362)

fan scholars have recognized that fan culture is born of a mixture of fascination and frustration, that appropriation involves both accepting certain core premises in the original work and reworking others to accommodate our own interests. (Jenkins 362)

I bring all of this up because of a tendency (even in the best of us) to see fan studies as a somewhat specialized, narrowly defined body of research that operates on the fringes of contemporary media studies. We still seem to feel a need to justify our topics, explain how and why we are spending so much time looking at these geeks. Think of it as a kind of colonial cringe—if popular culture is a bad object compared to literary studies, then fan research is a bad object compared to communications studies. Elsewhere, these same core concepts (appropriation, participation, emotional investment, collective intelligence, virtual community) are seen as central to discussions of economics, art, law, politics, education, even religion. (Jenkins 363) 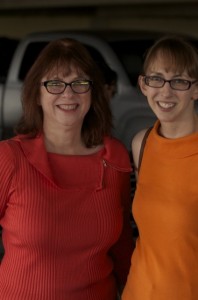 Why should fan scholars be having their own separate little conversation rather than playing a much more vivid and active role in the larger discussion about the present moment of media transition and transformation? (Jenkins 363)

Maybe, as some subculture studies folks (Bennett & Kahn-Harris 2004) are arguing, there is no longer a centralized or dominant culture against which subcultures define themselves. Maybe there is no typical media consumer against which the cultural otherness of the fan can be located. Perhaps we are all fans or perhaps none of us is. (Jenkins 364)