An outpost, isolated, suddenly you find out person in charge doesn’t want to listen. Doctor will have to appear. Happened so many times.

Tropes got me thinking about what is going on in those episodes.

Solutions are usually technological.
Way the show is depicting technology.
Either tech is there to save the planet or destroy it or both.
Depiction of tech comes down to way humans use their devices.
Too connected = at risk to attack through
Disconnected= at risk for other reasons (which didn’t say)

Tech in early DW not really a lot
New Who we are more comfortable with technology.
Looking at different techs. Fears may be the same but expression is different.

Tech in old Who
1971 floppy disk
1972 VCR
MRIs, artificial heart transplants, super computer
Cell phones got started in the 70s. (Really?)
Entertainment and communication potential. Augmented our lives as humans.
Don’t sound like bad things. But in hindsight might wonder.
Healthy dose of skepticism about the role/goal of tech in society. Automate everything and put humans out of the workforce? Fears of the day. 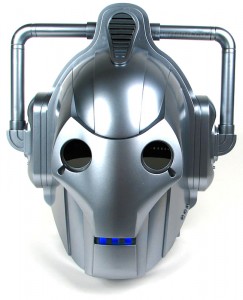 “The War Machines” wonderful supercomputer and has decided it’s going to take over the world and has started hypnotizing them via their phones. Obviously able to take advantage of human weakness.
Cybermen also hypnotized.
“Age of Steel” earbuds
Devices shown to be potentially a problem.
Danger comes from machines that are able to use tech against us.

Depicted as loss of humanity in form of lack of empathy and sometimes lack of creativity/imagination.

led to companion Zoe, human computer, better at math than the doctor, point of her journey is that she could learn things that weren’t computing.
When her character departed, with basically no memory, all progress she had made, all of the fiction about here has revolved around her getting her memories back and losing them again.

Humans have potential that requires ingenuity, but is damaged by tech.
…

Has an entire other discussion on potential for damage versus progress. Interesting stuff.