teaches at Yale Divinity School–has taught at Stamford and Northwestern 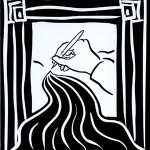 Began his speech with a poem by A. R. Ammons, “The City Limits.”

Encouraged everyone to memorize poems.

Most poets and artists do not distinguish between human and divine inspiration.
Kafka said that writing is a “sweet and wonderful reward… for serving the devil.”

Great paradox of art for the artist is that the most experiential art can require the most detachment from the artist.
You have to choose life OR the work of an artist.

Gerard Hopkins, a Catholic priest, renounced poetry for seven years, because his creative endeavors were more intense than his religious endeavors.
In a prayer he said, “My own heart let me more have pity on.”

George Herbert, became a priest, got married, found out he had TB
All his poetry was religious, but he felt that the creative work was secular.

Poem “Bitter-sweet” talks about the contradiction in that both God and people uplift and destroy.
WH Auden said that poetry is a “clear expression of mixed feelings.”
These mixed feelings, contradictions, and paradoxes are the heart of poetry.
Because of that:
Translations of the Bible that remove the poetry for the sake of clarity are problematic.

Eric Liddle (from Chariots of Fire fame) said, “I believe that God made me for a purpose, but he also made me fast. And when I run I feel his pleasure.”

God expects us to use his gifts. He leaves it up to us how to use them.

Wiman lived in Prague the year after the Velvet Revolution.
One day he was sitting in the kitchen of his 7th floor apartment studying Czech while his girlfriend took a bath. A kestrel landed on the sill. 10 years later he wrote Postolka (which means falcon in Czech).
“When I was learning words/ and you were in the bath”
“I could almost speak/ the love I almost felt”
“I wished and wished and wished/ the moment would not end./ And just like that it vanished.”
An unconscious attempt at a devotional poem, with no mention of God.

Grew up religious. Church 3x a week, VBS, preaching, camps. That was his life.
He didn’t meet an atheist until he went away to college. “My faith fell away under the pressure of the books I read.”

energy was despairing, so my poems were despairing
Happiness writes light.

fiercely devoted to a faith that had no focus
serious events to shatter my expectations
eye of life is not the same as the eye of art
Style and form are lies. They render the truth differently from how it was experienced in life.
Life is chaotic. Art is not.

I did not write a word of poetry for 3 years.
fell in love, had a terrible diagnosis that required changes

“NOT converted because of illness” even though some claim he was.

I have the sense that these experiences over the years were a single experience and that experience was a call from God.

“From a Window” poem
“incurable and unbelieving/ in any truth but the truth of grieving”
“fitful, fluent spirit … strange cohesion”
“a man’s mind might endow”
“that life is not the life of men./ And that is where the joy came in.”

–While the mixture of rhyming was well done and interesting, I was particularly fascinated with the alliteration.

When oblivion whispers in our ears, that is God.
Both these poems were watersheds.
I was puzzled by the poems that came after.

One interviewer asked if I considered myself an atheist Christian.

“Hammer is the Prayer” poem
“There is no consolation in the thought of god”
“… hammer is the prayer of the poor and the dying.”
“peace dame to the hinterlands of our mind/ too remote to know, but peace nonetheless.”
Is this an anti-devotional devotional poem?
It is a prayer and a weapon aimed at God.

If faith (or despair or emptiness) calls you to mute inspiration, it is not faith.

Joy of void, joy of being released from making meaning
Sometimes God calls us to unbelief to create a new faith.
“My thoughts were all a case of knives” George Herbert
Was sick unto death, both physical and spiritual
There are “no atheists in foxholes” because when confronted by death, all the background chatter ceases and you can hear. What some of us hear is that still small voice of God.

“My Stop is Grand”
This is a poem about Christ, though Christ is absent in the poem.
TCE’s favorite lines “a grace of sparks… / a lone unlearned loveliness / struck from an iron pain”
TCE thinks best metaphor “pecked so clean/ by raptor night” 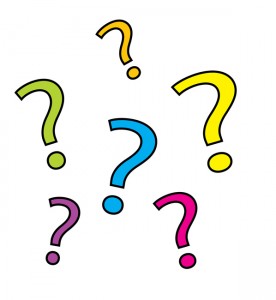 What about rhyme?
There are a paucity of rhyme words in English, so many gave them up because they believed there were no new rhymes to be made.
Don’t use in all poetry or even throughout a poem.
If there is no surprise in a poem for the writer, there is no surprise for the reader.
Rhyme is one of the best ways to make unconscious work. If you concentrate on the form of the poem, the meaning of the poem will show up and surprise you.

Is there a place for fairy tales and myth in the Christian life?
Of course there is.

Question about Billy Collins.
Answer involved:
My experience of art is stronger than other experiences.
My faith is strengthened by works that are not about Christian belief.

Is it desirable/possible to have Christian art?
I don’t think so. “Christian art” is ghettoized.
It either lowers the bar OR causes people to not treat it as real.

Later (in another session) someone asked about this.
The Bible is full of poetry, yet usually explicitly Christian poetry is not very good. Why not?
There is something in art that won’t be codified.
As a Christian artist won’t or don’t want to make art that creates doubt.
What is doctrine for?
Church has been afraid of art because imagination violates doctrine.
Doctrine is (or should be) sufficiently tensile, fluid to take in imagination’s ideas.

If an artist is a Christian, that’s different.
I wish that more Christians who are artists let folks know they are Christian. I think it would help others.
But that is two issues. Difference between Christian and Christian art.

A follow-up question in that same session.
Why could the Hebrews create poetic theology?
They were making art. They did not have an idea about doctrine.
The lava hadn’t set.
BUT (as one of the speakers pointed out) the religious elite hated the prophets of old as well.