Changes:
Taken out:
In the fall I discovered that I was not supposed to be doing the digital presentations in this class. I am disappointed for several reasons. I may work on a post about that.

One student went to the chair to say that I had unfair grading practices. He did not come and speak to me about it and I have no idea who the student was.

At the time, I was at a loss for what the problem might be. I discussed with the chair the only person who had spoken with me, but that was not the issue presented to her.

My best guess is based upon that extra week of class and the fact that I added a few drafts, where I checked for one or two things only. I told the students the drafts were due. Then, after they had turned them in, I told them what I would be checking for. Every student was given comments in Canvas on the drafts. Those comments were ONLY related to the points that I said I would grade for.

Despite multiple discussions in class, I know that not all students used these comments, as I often wrote on the next draft “see comments in x.”

Because drafts were daily grades and my comments were intended to explain what the students needed to fix/change/address for the final version, those drafts were typically given As–if they were turned in on time and fit the parameters of the assignment generally. I considered the grades more of a completion grade.

If, however, as I suspect, students only checked their grades and did not read the comments, they might have assumed that they had done the assignment perfectly. That seems a bit naive to me, but I can imagine it happening. Under those circumstances, I can see where the final grade for the assignments, which were graded for all aspects of the assignment as given by the rubric, could be a shock. 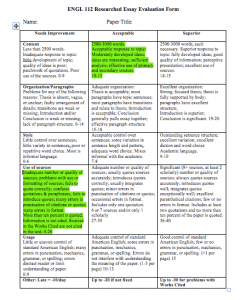 First, I muted the grades, so that the students did not see them. I did not unmute them until both classes had met.

Second, I provided printed copies of the rubric, with the aspects I was grading highlighted.

The other sections were CLEARLY not highlighted and I told everyone (verbally, with a note on the board, and some other way I don’t remember) to check the comments on Canvas.

Issue of Not Reading Comments:

Students check for grades and do not read the comments on Canvas. I had realized this prior to the above situation/resolution attempt.

Attempts to Resolve Issue of Not Reading Comments:

Then in class I passed out the printed rubrics with grading areas highlighted. The students saw where they had done well and where they needed to improve. I also either wrote on the paper or on the board “See comments in Canvas.”

After class I unmuted the grades so that people could see what specific scores they earned.

This did NOT make them go read the comments, but it did, at least, let them clearly know (and focus on, since it was the only information they had) which areas they needed to improve and which they did well.

Later during the semester I gave them five minutes at the start of the next class to go review the comments on the last assignment. … Sometimes those comments said, “See what I wrote on the prior assignment comments.”

Is Canvas the Problem?:

If I were still grading by hand, the comments would be on individual papers/rubrics. These would be shuffled into folders or the wastebasket and would not be as readily available for later perusal.

In fact, last semester I realized that the comments on the sheets weren’t being read and started putting all comments in Canvas so that at least I didn’t have to re-write over and over the same points that were not being addressed.

When I post comments on a draft (1.0 or 2.0) and these comments are not addressed in the final version, it is clear that the student did not value the instruction. A different system won’t fix that.

So, no, Canvas is NOT the problem.