I have waded through 45 pages of Google for “teaching Beowulf,” so that you don’t have to. Here’s the useful stuff:

Beowulf on the Web, including Beowulf sites, aids for learning Old English, and general medieval links

Flytes of Fancy: Boasts and Boasters from Beowulf to Gangsta Rap, an essay

The Labyrinth: Resources for teaching medieval studies, a series of links maintained by Georgetown U

The Narrative Pulse of Beowulf, a book preview online. Lots of good stuff if you take the time to read it, but not on the top. Have to read it.

Editing Beowulf: What can the study of ballads tell us? an article from Oral Tradition.

Beowulf: a slideshow
View SlideShare presentation or Upload your own. (tags: beowulf)

Medievalist blogs. This might be something I could use to have my students look for information. It would at least be an adventure.

The Electronic Revolution and the Teaching of Literature (2005) about teaching Beowulf and how that has changed with the internet. from the CEA Forum

EdSITEment: The Beauty of Anglo-Saxon Poetry, with lots of links and some ideas.

Beowulf Resources, “along with Anglo-Saxon, Old English, Germanic, Indo-European, & Mythological/Epic resources.” This list of resources has a short note about what it is and includes readings, lectures, etc.

There is also my own Useful Old English links.

Jaws – Screen the old movie and, as you do, think about the epic hero, the side kick, the monster, the quest, the battle, the gore, the weapons, the questions of good and evil and faith and courage and might. By including some careful movie cuts in with your classroom readings of Beowulf, you will grab your students and liven up the class. Suggestions:

I have been wanting to bring in more modern comparisons for the works I am doing in Brit Lit 1. This would be a good way. 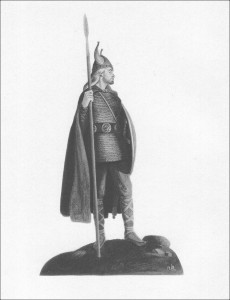 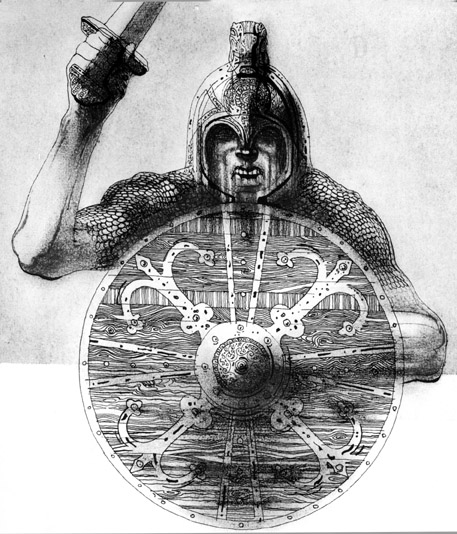 Nothing should be read solely because of its importance in the development of literature or because the instructor was forced to read it. Joseph Andrews wasted my time; Beowulf wasted my parents’.

No one should ever have to do anything simply because another person was forced to do it.

Prelims in your doctoral program should test your work, not your sanity.

An interview as a computer programmer should show what you know or what you can learn, not what you and your interviewer didn’t know when yall were interviewed.

I agree with that. But Beowulf? As a waste of time? No. That work is the earliest and best work in Old English literature. The kennings and alliteration, in a good translation, stop the breath. Or at least, they stop mine. Now it is true that I have a thing for alliteration. One of my friends was dumbfounded that my two year old knew the word and what it meant. But Beowulf should be a work remembered with fondness.

There is richness in the language and the metaphors. I have loved “word hoard” since I was a girl, probably because I am a word hoarder.

There are great fight scenes. The monster steals sleeping soldiers. The monster kills soldiers who are awake. The monster has a fight with a soldier who actually holds onto his arm and pulls the thing off. The monster runs through the meadow and the marsh to the lake dripping blood everywhere. (Was it green blood? Or yellow? Or red? Did it smell like metal? Or like sulphur?) And the hero nails the bad guy’s arm up. How cool is that?! (Okay, I don’t want a de-armed person running through my subdivision, but this was the old days.) And that’s just the first of three thrilling fight scenes.

There are some fancy parties. And if you read carefully you can see that women had more rights than in other times and less rights than in our times (at least in our country). The historical context is fascinating on this point.

There is friendship and betrayal, greed brings bad things, good is rewarded… Lots of great themes abound in that tale.

So, yes, I agree that no one should be forced to suffer simply because I had to suffer. (I’ll stand in the gap on suffering and not pass it on to the next generation.) But it may be that the professor LOVES that work and thinks it is one of the best ever written and wants to share it with their students.

That’s why I taught Beowulf in the three week minimester in May.